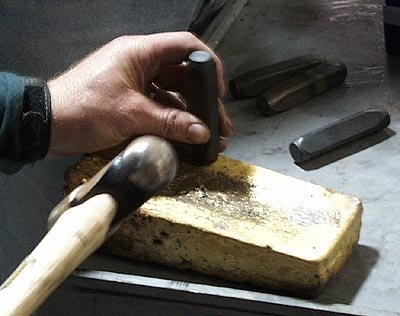 Beaconsfield Gold (ASX:BCD) said its gold production in the March 2009 quarter was 18,304 ounces at its Tasmanian mine, a 21 per cent jump compared with the previous quarter.
Sydney, April 23, 2009 AEST (ABN Newswire) - US stocks overnight fell in a choppy trade on Morgan Stanley's grim earnings report and possibility of a General Motors bankruptcy. Meanwhile, traders were cautious about banks' credit conditions.

The Australian share ended slightly lower on Wednesday despite strong lead on Wall Street. The market is still seeking direction amid global volatility. The benchmark S&P/ASX 200 index was down 9.2 points, or 0.25 per cent, to 3668.2, while the All Ordinaries fell 5.9 points to 3627.2.

Figures released by Australian Bureau of Statistics showed that consumer price index (CPI) for the March quarter rose 0.1 per cent from the 2008 fourth quarter, well below economists' expectation of 0.5 per cent. The annual inflation was 2.5 per cent compared with 3.7 per cent in the year to December 2008.

Today the Australian Bureau of Statistics releases data on sales of new motor vehicles in March. The Housing Industry Association will unveil trades report for March.

Babcock & Brown Infrastructure (ASX:BBI) said its two main European port operations were performing below expectations. And it is still holding talks with interested parties on the sale of its PD Ports in Britain.

Property developer Stockland (ASX:SGP) said its pre-tax profit in its residential division now would be A$60 million lower than earlier guidance. Stockland also revised its earnings guidance down to ten cents per share, post-inventory impairments.

Beaconsfield Gold (ASX:BCD) said its gold production in the March 2009 quarter was 18,304 ounces at its Tasmanian mine, a 21 per cent jump compared with the previous quarter.

Contract labour provider Skilled Group (ASX:SKE) has slashed its full-year net profit guidance by up to 34 per cent to between A$27 million and A$30 million, down from the A$34 million to A$41 million expected two months ago. The revise is because of the worst collapse in business conditions it has experienced.

Timbercorp (ASX:TIM) has appointed voluntary administrators as the agribusiness company has been hurt by the combined impact of declining global asset values, tightening credit, the economic downturn and drought.

Santos (ASX:STO) today reported its revenue in quarter ended March 31 fell 15 per cent to A$540 million on-year, as production slipped 4 per cent to 13.2 million barrels of oil equivalent.