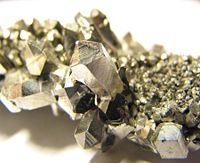 During late 2008 and early 2009 Sarissa drilled nine diamond drill holes in the D Zone portion of the property, totaling 1,842 metres, to seek confirmation and depth extension of the niobium mineralization previously identified by Dominion Gulf Company ("Gulf"). Notably, all the holes returned significant niobium mineralization, averaging 0.4% Nb2O5 over the entire 1,728 metres that were sent for assaying (Table 1 below).

Table 1: Drill Hole Summary (Details will be available on Sarissa's website)
The following table provides summaries of the 1955/56 drilling program, the 2008/2009 program, and the summary from both programs. During the 1955/56 drilling program only 67% of the drill core was selectively assayed, whereas in the 2008/2009 drilling program 94% of the drill core was assayed.
Sarissa's current drilling program has increased the confidence level in the historic exploration and subsequent evaluation to the point that an indicated resource may now be calculated for the D Zone.
Drill hole intersections, with a weighted average grade of 0.43%, are located within a surface area of some 76,250 square metres and to a depth of at least 200m. In 1958 an adit was driven 580 feet into the D Zone where historic sampling indicated that the average grade contains a weighted average of 0.57% Nb2O5.

The company is on schedule to produce an N.I. 43-101 mineral resource report. With our work to date, we expect the results of our evaluation to accomplish a number of objectives, including:

- Establish that the Nemegosenda mineral resources represent one of the larger mineral niobium resources in North America and,

- Outline the potential mineralized area within the South East Zone.

In 1988 Musto Explorations Limited ("Musto") carried out an evaluation of the so called "East Zone" (the South East Zone), which is located some 1500m south-east from the D Zone. Musto re-assayed nine drill holes from core which was still available. These nine drill holes are from an area of 250m x 700m and to a depth of 200m. Sarissa has checked the reports, maps and sections from this area and have calculated that there is a potential resource with a weighted average grade of some 0.35% Nb2O5 within this block of 250m x 700m x 200m. * This reported resource is historical in nature and, therefore, not compliant with National Instrument 43-101 reporting standards; however they are considered material to the prospectivity of the Nemegosenda Project. A "qualified person", as defined under NI-43-101, has not done sufficient work to comment on the relevance or reliability of these historical estimates. The company is not treating the historical estimate as, nor can the historical estimates be relied upon as, current mineral resources or reserves. Sarissa currently does not have access to more recent estimates or data relating to the South East Zone, except as outlined in this and previous news releases.

Quality Control and Assurance for all sampling was under the direction of Mr. Alan Hawke, a director of Sarissa and a Qualified Person as defined by National Instrument 43-101 standards. Core samples were collected from the drill site and transported back to a secure core shack in Kirkland Lake. Each core box was photographed by Sarissa personnel. Sarissa geologists then logged the core, noting rock types and alteration. The core was then split and packaged in sealed heavy weight polyethylene bags, and scintillometer readings taken and recorded. Core samples were delivered by Sarissa's geological consultants to Swastika Laboratories where the samples were crushed and prepared for testing. Swastika then sent the prepared samples to Assayers Canada in Vancouver for assaying. Reference samples and duplicates were run by Assayers Canada.

Alan Hawke, BSc. MSc. (Geology), a director of Sarissa, is a "qualified person" within the meaning of National Instrument 43-101 and has reviewed the technical information contained in this news release.

This press release contains statements, which may constitute "forward-looking statements" within the meaning of the Securities Act of 1933 and the Securities Exchange Act of 1934, as amended by the Private Securities Litigation Reform Act of 1995. Those statements include statements regarding the intent, belief or current expectations of Sarissa Resources, Inc., and members of its management as well as the assumptions on which such statements are based. Prospective investors are cautioned that any such forward-looking statements are not guarantees of future performance and involve risks and uncertainties, and that actual results may differ materially from those contemplated by such forward-looking statements. Important factors currently known to management that could cause actual results to differ materially from those in forward-statements include fluctuation of operating results and commodity prices, the ability to compete successfully and the ability to raise exploration capital. The company undertakes no obligation to update or revise forward-looking statements to reflect changed assumptions, the occurrence of unanticipated events or changes to future operating results.