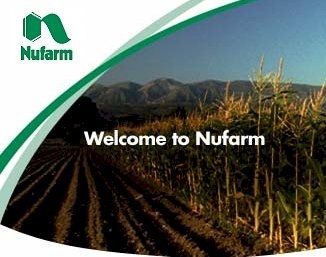 Yesterday Aussie shares closed slightly lower after the massive fall in the US market. The benchmark S&P/ASX200 index ended the day down 0.6%, or 22.3 points, at 3582.1, while the broader All Ordinaries index fell 0.6%, or 21.9 points, at 3532.3. The local market has become more immune to Wall Street’s negative leads in recent days.

The Reserve Bank of Australia said the country's house prices will hold up better than those overseas, largely due to higher lending standards, absence of the sub-prime mortgages and shortage of available homes. Australian housing prices only dipped 3% in 2008, compared with the 20% falls seen in the US and Britain.

Today the Australian Bureau of Statistics is to release retail sales and building approvals data, both for February.

The Australian Industry Group/PricewaterhouseCoopers will release Australian Performance of Manufacturing Index for March.

The Department of Employment and Workplace Relations will publish its skilled job vacancies survey.

Treasurer Wayne Swan said the government has approved Chinese state-owned steelmaker Hunan Valin Iron and Steel Group's 17.55 per cent shareholding in Fortescue Metals Group (ASX:FMG). Mr Swan approved the A$1.2 billion investment subject to formal and strict undertakings that Valin nominee to the board would submit a notice of any potential conflict of interest relating to Fortescue's marketing, sales, customer profiles, price setting and cost structures for pricing and shipping.

Macquarie Communications Infrastructure Group (ASX:MCG) has recommended a A$1.37 billion takeover offer from Canada Pension Plan Investment Board. The Canadian pension funds made formal cash offer to acquire MCG stapled securities for A$2.50 each.

It is reportedly that Rio Tinto (ASX:RIO) and BHP Billiton (ASX:BHP) have agreed to a temporary 40 per cent cut to iron ore prices.

Agricultural chemicals company Nufarm Ltd (ASX:NUF) forecasts an operating net profit of about A$220 million for the 2009 fiscal year, saying demand in the second half will be strong.

Nexus Energy (ASX:NXS) has sold its 15 percent stake in a West Australian exploration permit to Shell Development for $US19 million. Nexus said the sale would provide it with near-term funding as the company negotiated "additional funding requirements packages".

The chairman of Xstrata Australia, Peter Coates, will replace Stephen Gerlach, the current chairman of Santos (ASX:STO), at the end of the year. Santos has announced the retirement of Mr Gerlach.

Telstra's (ASX:TLS) chief executive Sol Trujillo said yesterday the company will lose up to A$2 billion if it does not win the contract to build the national broadband network.

Republic Gold (ASX:RAU) says it is getting closer to pre-construction site works on a rich gold prospect in South America. The company expects the mineral resource estimates for the Amayapampa gold project in Bolivia to increase at completion of a diamond drilling program and continued work on surface sampling