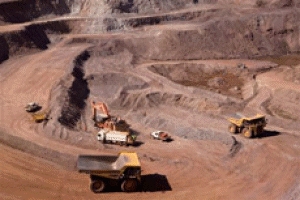 Yesterday the Australian shares ended modestly higher despite a strong lead overseas. The market in late trading gave up some of its early gains as investors started to pocket their profits in recent rallies. The benchmark S&P/ASX200 index was up 0.8%, or 29.7 points, at 3580, while the broader All Ordinaries index rose 1%, or 34.2 points, at 3517.3. Today resource stocks may decline after metals prices fell.

According to new research from Melbourne University, the number of Australians going bankrupt has soared over the past 10 years as excessive credit levels increased by 106 per cent. Personal insolvency rates have increased by more than 260 per cent since 1990.

Fox Resources (ASX:FXR) says it has received pre-bid acceptance commitments of 18.95 per cent over a proposed a takeover bid for junior Hannans Reward (ASX:HNR). Fox is offering one of its shares for every two Hannans shares. The company expects the merger of the two companies would bring together complementary nickel and iron ore assets.

Seven Network Ltd (ASX:SEV) is expected to take a stake of regional broadcaster Prime Media Group Ltd (ASX:PRT) as the company seeks to raise up to A$110 million from a share issue. Prime will use the funds raised to pay down debt and strengthen the company's balance sheet.

Queensland coalminer New Hope (ASX:NHC) is looking to put some of its A$2.6 billion cash towards acquisitions in the sector. The chairman of the company confirmed that New Hope would consider buying the Gloucester Coal (ASX:GCL) as the NSW miner could add coking coal to its portfolio of thermal coalmines.

Territory Resources (ASX:TTY) has signed long-term agreements to sell iron ore from its Frances Creek operations in the Northern Territory to three steel producers in China. The sales commitments are conditional on the parties agreeing to the annual prices.

ANZ Bank (ASX:ANZ) will shift 100 call centre jobs to Wellington, New Zealand, in an effort to save costs.

Gambling company Tabcorp (ASX:TAH) has revealed plans to raise A$200 million in a public corporate bond issue to refinance some of its A$460 million in bank debt expiring next year. The "Tabcorp bonds" will run over five years and pay investors a quarterly interest.

SP Telemedia (ASX:SOT) posted a net profit for the six months to January 31 of A$5.1 million, up from A$2.5 million in the same period last year. The company, which trades under the names SOUL and TPG, has forecast full-year net profit of A$16 million for its fiscal 2009 year, compared with last year's full-year net loss of A$18.9 million.