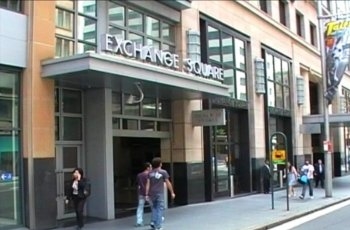 End of the Bear Market?
Sydney, Mar 16, 2009 AEST (ABN Newswire) - Wall Street stocks extended the rising streak for the fourth day on Friday over the upbeat expectation that the bear market was close to the end.

On Friday the Australian stocks posted a strong gain with financial sector soaring 5.3%, capping the best week for the market in three months. The benchmark S&P/ASX200 index ended 3.4% higher, or 109.7 points, at 3345.2, while the broader All Ordinaries index was up 3.3%, or 104.3 points, at 3294.7. The ASX200 rose 6% for the week. But analysts say that it is too early to say the bear markets end, although the US banks delivered turnarounds.

Despite borrowers had been reluctant to return to the mortgage market, the market actually rebounded by 12% in the three months ended December, according to research and consultancy firm Market Intelligence Strategy Centre. It reflected the result of three interest rate cuts totalling 2.75% in the quarter, and the government's incentive scheme for first home buyer.
Today the Australian Bureau of Statistics will release figures on lending finance for January.

Chinalco's proposed A$30 billion investment in Rio Tinto (ASX:RIO) will receive an extra 90 days of scrutiny from the Foreign Investment Review.

Computershare Ltd (ASX:CPU) has agreed to acquire Kurtzman Carson Consultants LLC for US$85 million and 2.45 million shares in Computershare. The deal is subject to US regulatory approval.

The ANZ bank (ASX:ANZ) denies the bank will make any "material" cuts to jobs in 2009, including jobs in Australia. The bank has set an ambitious target of becoming the most profitable institutional banking business in the Asia-Pacific region.

Arrow Energy (ASX:AOE) said its subsidiary Arrow Energy International will farm-in to a 75.25 per cent operating interest in Far East Energy's 66.5 per cent interest in the Qinnan CBM PSC coal seam methane project in China. The Australian coal seam gas producer also says today it will not proceed with the compulsory acquisition of the shares it does not own in Pure Energy Resources Ltd (ASX:PES).

The share price of Crown Ltd (ASX:CWN) jumped 13.5 percent on Friday following news that the deal to purchase Cannery Casino Resorts had been renegotiated.

Atlas Iron Limited (ASX:AGO) said in a statement that it has entered into two new long term off-take agreements with two medium-sized Chinese steel mills. The two off-take agreements account for 50% of iron ore that will be produced from its 100%-owned Pardoo DSO Project for the three year period to 31 March 2012.

Qantas (ASX:QAN) risks taking a multimillion-dollar hit to its earnings because of a looming shortfall in its superannuation scheme caused by the dramatic fall in returns from financial markets.