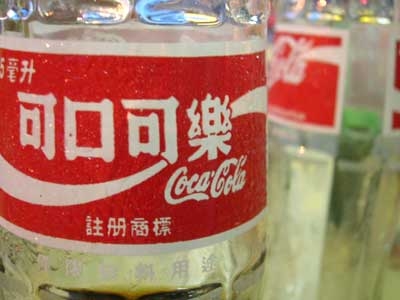 On Monday Tokyo stocks fell 0.8 percent, hurt by automakers amid worries about the fate of General Motors. But South Korea's Kospi opened higher.

Taiwan's exports in February likely fell 25.2 percent from a year earlier as consumers slash spending amid the global downturn. Exports in January and February combined could slash 36 percent. Taiwan's government has estimated the island's exports would fall by 20.1 percent this year, which will cause the economy to shrink by nearly 3 percent.

According to China's State Information Center, China's consumer price index is expected to fall 1.0% in the first quarter compared with a year earlier due to dropping prices of industrial products.

Japanese government said that the nation recorded its first current account deficit in 13 years in January, as a result of plunging exports and a big decrease in its overseas financial earnings. Analysts are also worried that falling exports will weigh on domestic demand by hurting companies' earnings.

Indian airlines company SpiceJet Ltd. (BOM:500285) is in talks with the GoAir on a possible merger or the acquisition of a controlling stake, says an Indian media.

Coca-Cola Co.(NYSE:KO) said it plans to invest US$2 billion in China over the next three years, on top of the US$2.4 billion it has earmarked for acquiring Chinese beverage maker Huiyuan Juice Group Ltd (HKG:1886). Coca-Cola is waiting for Beijing's approval of its proposed takeover of Huiyuan.

Sapporo Hokuyo Holdings Inc. (TYO:8328) is expected to ask the Japanese government as early as this week for a capital injection of around Y100 billion public funds to strengthen the bank's financial standing amid the deteriorating economy, said industry sources.

It is speculated that the Industrial & Commercial Bank of China Ltd. (HKG:1398) and China Construction Bank Corp. (HKG:0939) will invest about US$2 billion for up to 49% stakes in Chinese asset-management companies that are expanding into securities brokering, trusts and insurance.