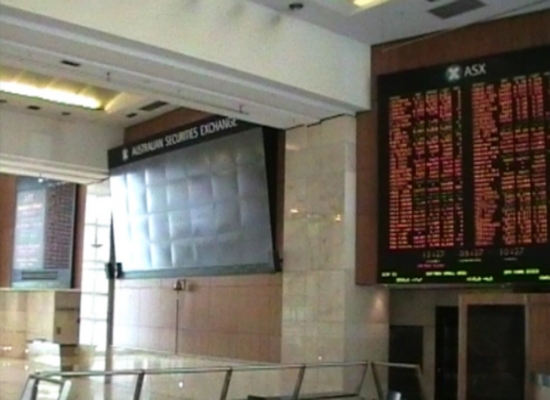 A New Low Likely
Sydney, Feb 24, 2009 AEST (ABN Newswire) - US shares plunged to nearly a 12 years low with Dow sank 3.4 per cent. Investors restored some calm after news that the government could expand its stake in Citigroup. But the Obama administration also shows that it will avoid completely nationalising those troubled banks.

Yesterday the Australian market closed lower even it rebounded after news the US Government may end up owning as much as 40% of Citigroup's common stock. The benchmark S&P/ASX200 index ended down 1.5%, or 51.2 points, at 3351.2, while the broader All Ordinaries index shed 1.5%, or 48.9 points, at 3304.1. Today the local stocks are expected a fresh low level on the massive lost in Wall Street.

Immigration Minister Chris Evans said Australia will cut its annual immigration intake for the first time in eight years due to the slowing economy and weaker labour demand. Evans also said the final number of immigrants to intake has yet to be determined.

The Housing Industry Association's National Outlook report showed Australia's housing commencements would see a 17 per cent decline for the fiscal 2008/09. HIA forecasts the number of housing starts to bottom out at 132,190, and the slowing condition to continue over the coming years as a result of a weak economy and higher unemployment.

Futuris (ASX:FCL) is expected announce the sale of its remaining 8 per cent stake in Australian Agricultural Company after striking a deal to sell a 15 per cent stake to a United Arab Emirates-based food manufacturer at A$1.70 a share.

Nexus Energy (ASX:NXS) said its planned sale of its Crux liquids project has been delayed due to the global financial crisis and the requirement of companies who entered the sales process more recently.

BHP Billiton (ASX:BHP) said yesterday it would reduce the number of employees at its Melbourne head office to about 350, down from 600 previously. The company said most of the reduction was due to relocating roles rather than job cuts.

Gaming machine supplier Aristocrat Leisure (ASX:ALL) reported a 59% fall in annual profit to A$101.21 million for the year ended December 31, 2008. The company says it is in line with guidance and expects benefits in fiscal 2009 from new games.

Suncorp-Metway's (ASX:SUN) first half profit has declined by 32.8% due to higher bad debts and claims surged. Net profit for the six months ended December 31 was A$258 million, down from A$384 million in the previous corresponding period.

Fortescue Metals Group (ASX:FMG) confirmed it is seeking A$500 million capital raising from institutional investors to fund an expansion of its Pilbara iron ore operations.

Macquarie Airports (ASX:MAP) cancelled the A$1 billion share buyback as it plans to pay down debt in its 72 percent owned Sydney Airport.

Infrastructure fund Spark Infrastructure Group (ASX:SKI) posted a 83.4% fall in annual profit ended December 31 to A$9.45 million, down from A$56.93 million in the previous corresponding period.

Gold miner St Barbara Limited (ASX:SBM) reported today a net loss of A$41.22 million for the first half of fiscal 2009.