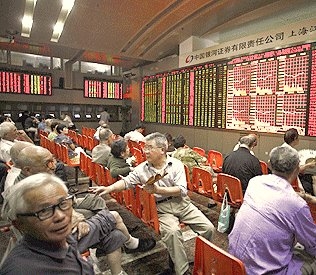 Asian Markets Overview
Sydney, Feb 23, 2009 AEST (ABN Newswire) - Asian markets ended sharply lower Friday, weighed down by the weakness in the US and European markets. Japan's Nikkei Stock Average fell 1.9% as investors were still not comfortable with the recent falls of Japanese yen, but the slumping Korean won hurt shares in Seoul with the Kospi plummeted 3.7%. Shanghai and Hong Kong stocks gained about 1.5%. Today the Chinese shares opened slightly weaker while the Hong Kong shares were up 1.8 percent.

Singapore's gross domestic product for 2009 could contract more than estimated by the government. Singpapore prime minister Lee Hsien Loong said on Sunday the country's GDP growth is forecast to be between -2% and -5%. It could be worse if the global economy worsens; even lower than -5% is possible.

The Korean government said that it could intervene in the foreign exchange market to stabilize foreign exchange rates even if the amount of foreign currency reserves falls under US$200 billion. Korea's financial authorities also decided to review the foreign loans of domestic banks.

The US Secretary of State Hillary Clinton urged China continue to buy US Treasuries in her visit to China saying that the US and China will 'rise and fall' together in this financial crisis.
South Korea said it expects a surplus trade balance of around US$2.5 billion in February from a deficit of US$3.36 billion in January because of weaker imports.

Korea's Hyundai Steel (SEO:004020) said that it signed a memorandum of understanding with the Russian coking coal supplier Mechel to procure coking coal. Therefore, Hyundai Steel will be able to obtain a stable supply of an annual 50,000-300,000 tons of coking coal over the next five years.

Nippon Oil Corp. (TYO:5001) said that its plan to set up a joint refinery venture in Japan with China National Petroleum Corp. will take longer than expected. Nippon oil now expects to establish the venture sometime after June, rather than in April.