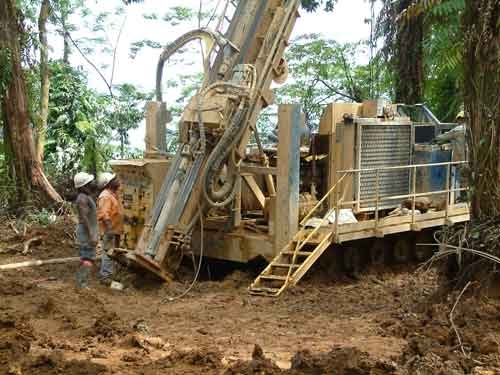 Allied Gold in PNG
Sydney, Feb 17, 2006 (ABN Newswire) - ALLIED GOLD (ASX: ALD) has raised more than $A50 million in the past two weeks and says it now no longer requires any additional equity funding prior to first production at its Simberi project in PNG in the first quarter of next year.

"There is very, very strong interest in emerging gold producers with significant exposure a possible rise in gold prices," he said.

In this latest raising, which has netted the company a substantial $A41.7 million and still requires shareholder approval, the company's UK broker Mirabaud Securities has placed more than 94 million shares at 44c, with the offer said to be heavily oversubscribed.

Significant UK investors include Fidelity, which now holds a 6.7% stake in the company, Rubicon (6.7%), M&G (6.6%) and L-R Global (5.4%). Moore said he believes the significant financial support received in London is a reflection of the changing global perception that PNG no longer represents an investment risk.

"There is less resistance to investment in PNG in Europe than there is in Australia. I just have the view that the European investment community is far more global in its investment criteria, whereas in the Australian markets, PNG is still not well understood here," he said.

Moore said the funds would primarily be channelled into earthworks and infrastructure for the $US37.9 million ($A51.4 million) Simberi development on Simberi Island, 60km from Lihir Island. He added that the additional funds will also allow the company to prove up the deeper sulphide resources at Simberi, with the aim of bringing these up to reserve status.

The company will also focus on regional targets on the adjacent Tatau and Big Tabar Islands.

Simberi currently contains a total resource of 2.27 million ounces, with openpit production to commence later this year from the Sorowar deposit. Moore said he is hopeful that reserves at Simberi would increase, which would then be reflected in raising the current production scenario of 62,500oz per annum.

The company now has more than $A50 million in cash reserves and is in the final stages of concluding a debt finance facility. A feasibility study for the Simberi project was completed last November and indicated a project net present value of $US47 million, an internal rate of return of 35% and an operating cash surplus of $US88 million, using a spot gold price of $US460 per ounce.

Moore said the debt financing facility with RMB Resources is still being finalised and would now probably be less than the previously indicated $US25 million. DRDGOLD have also backed the project with a $A10 million investment. Allied now intends to list on London's AIM by April.