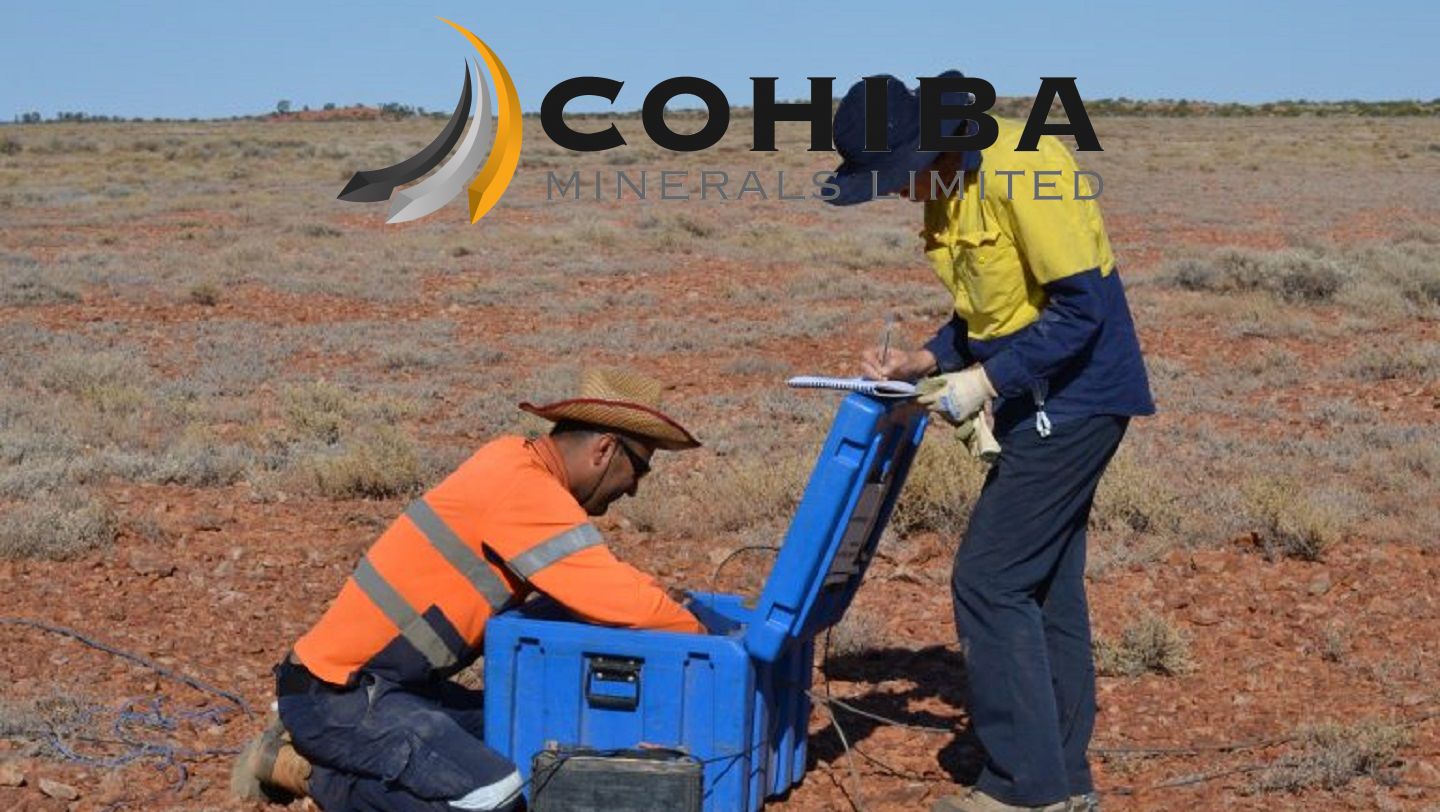 CHKMF:OTCMKTS) is pleased to announce significant zinc results in assay data returned from drilling at the Pernatty C project.

Two drill holes were completed at Cohiba's Pernatty C tenement from December 2021 to March 2022. The drill holes were co-funded by the Department for Energy and Mining, SA as part of the Accelerated Discovery Initiative (ADI) program. The drill program tested the Tapley Hill Formation for Zambian Copper Belt (ZCB) sediment hosted mineralisation, and to continue to drill to the Wallaroo Group basement for Copper Skarn or distal IOCG (Iron Ore Copper Gold) mineralisation. Geophysical magnetic and electrical conductivity anomalies were used to plan the drill holes (Figure 1*).

The project area is located in an area of current and historical mineralisation 40 km south of Oz Mineral's Carrapateena IOCG copper mine, 13 south-east of the historic Mt Gunson copper mine with mineralisation located at the base of the Whyalla Formation cover sequence, and 24 km north-west of the Punt Hill copper skarn area. The nearest drill hole to basement is located 4.8km to the south-east.

Cohiba recognises the challenges of the depth to basement and will further review the target with respect to a model with potential economic viability and feasibility to successfully exploit the target. Given the strong metal grades, an increase in vein stockwork intensity and continuity over thickness and strike length would be sufficient to create a significant deposit, such that Cohiba is cautiously optimistic about the potential of this location.

Due to lack of prior information regarding the basement geology, PSDDH01 was drilled directly down the dip of the mineralized strata, therefore it does not give any indication of the thickness or extent of the mineralised horizon.

The cover stratigraphy consists of the Tregolana shale unit, the Whyalla Sandstone; whose base is the host of the Mt Gunson copper deposits, the Tapley Hill calcareous shale which is the target of the Zambian Copper Belt style mineralisation, the Pandurra sandstone, and then the Wallaroo Group calcareous meta-sediment basement. The Paleoproterozoic Wallaroo Group is the host of copper mineralisation at historic MoontaWallaroo on Yorke Peninsular and is frequently encountered in the Olympic Domain with copper in chalcopyrite veining (Figure 2*). In PSDDH01 and PSDDH02 the bedding was steeply dipping and tightly folded, with minor shear zones present. Weak metasomatic alteration is present, including fine disseminated magnetite near the end of PSDDH01 which may explain the magnetic anomaly.

While the target of high temperature chalcopyrite vein and IOCG related alteration and/or mineralisation was not encountered, significant mineralisation and assay results were obtained from low temperature calcite - sphalerite veins with Zinc-Lead-Silver association. The veins either form along faults, or as tension veins that are interpreted to be strata-bound to bedding layers with the appropriate rheology. The second group is important as it gives a geological control to cluster the veins, providing continuity and a target for further exploration (Figure 3*). 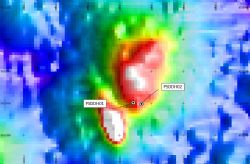 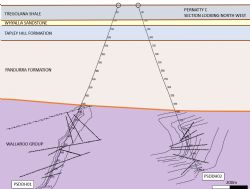 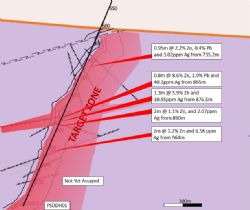