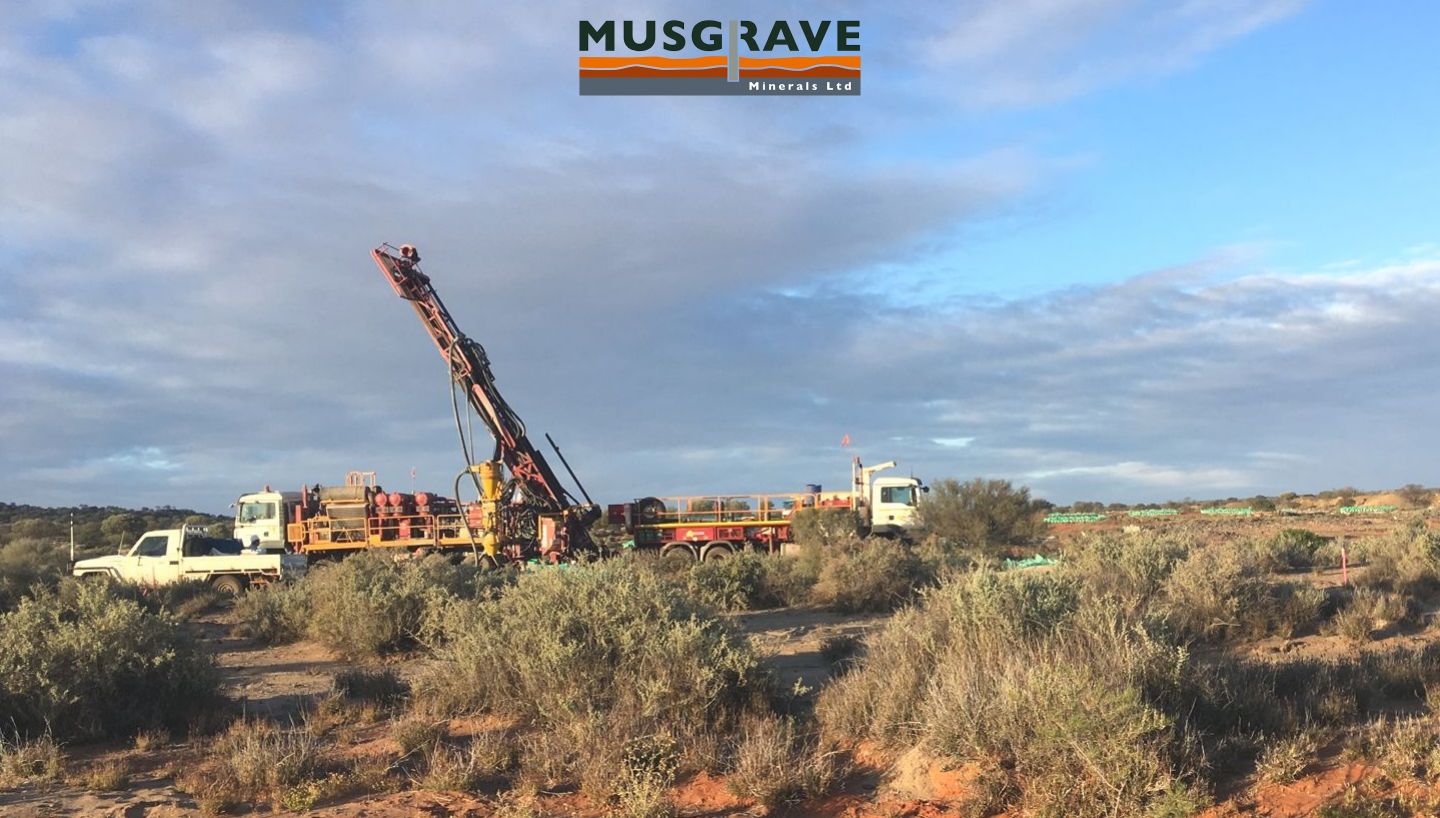 OTCMKTS:MGVMF) is pleased to report further assay results (Tables 1a and 2a*) from diamond and aircore drilling programs on the Cue Joint Venture with Evolution Mining Ltd (

The West Island zone is part of a broader regional 7km-long anomalous gold corridor within the joint venture (Figure 1*). The mineralisation at West Island is hosted within a differentiated dolerite intrusive sill, similar to that hosting the high-grade Great Fingall and Golden Crown deposits 25km to the north of the Cue Project.

The intent of the drilling on the JV area is to delineate the scale of the gold system at West Island, test additional gold-in-regolith aircore anomalies and define new diamond drilling targets through aircore drilling.

Results of diamond drilling continue to identify multiple, new northwest trending lodes oblique to the favourable dolerite host unit at West Island. Drilling will progress through the June quarter 2022 to continue to delineate the potential scale of the mineralisation at West Island whilst also beginning to focus on other basement targets within the JV area.

Gold mineralisation is associated with a series of shear zones that obliquely crosscut a favourable dolerite host unit (Figures 1 and 2*). At least eight individual shear zones have been identified along the potential 2.1 kilometre-long West Island trend.

Four of these structures have been prioritised for follow-up drilling to test their strike potential. Results will help with understanding the potential scale of the mineral system as well as adjacent targets that may be important for hosting high grade laminated veins.

All new diamond drill assay results above 1g/t are presented in Table 1a with hole collars in Table 1b*.

Final results for the third phase of regional aircore drilling have now been received for the Musgrave - Evolution Joint Venture. The results continue to delineate the favourable dolerite host sill with the intersection in 21MOAC148 extending the strike of aircore gold anomalism at West Island to 2.1km. Significant new high-grade results (Figure 2*) from this phase of aircore drilling are summarised below:

The gold anomalism in 21MOAC206 is in a new area east of the Lake Austin North tonalite intrusive (Figure 2*) and 2.8km south of West Island. All new aircore assay results above 2m @ 1000ppb Au are presented in Table 2a* with drill hole collars in Table 2b*. A new phase of regional aircore drilling to identify additional basement gold targets has commenced. 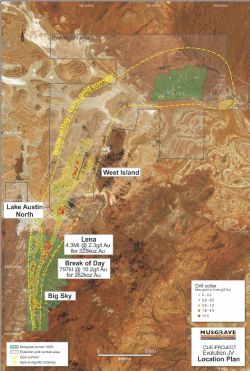 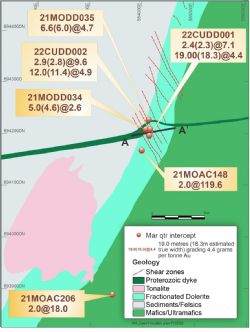 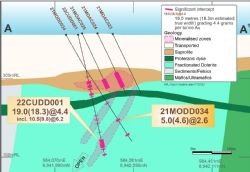