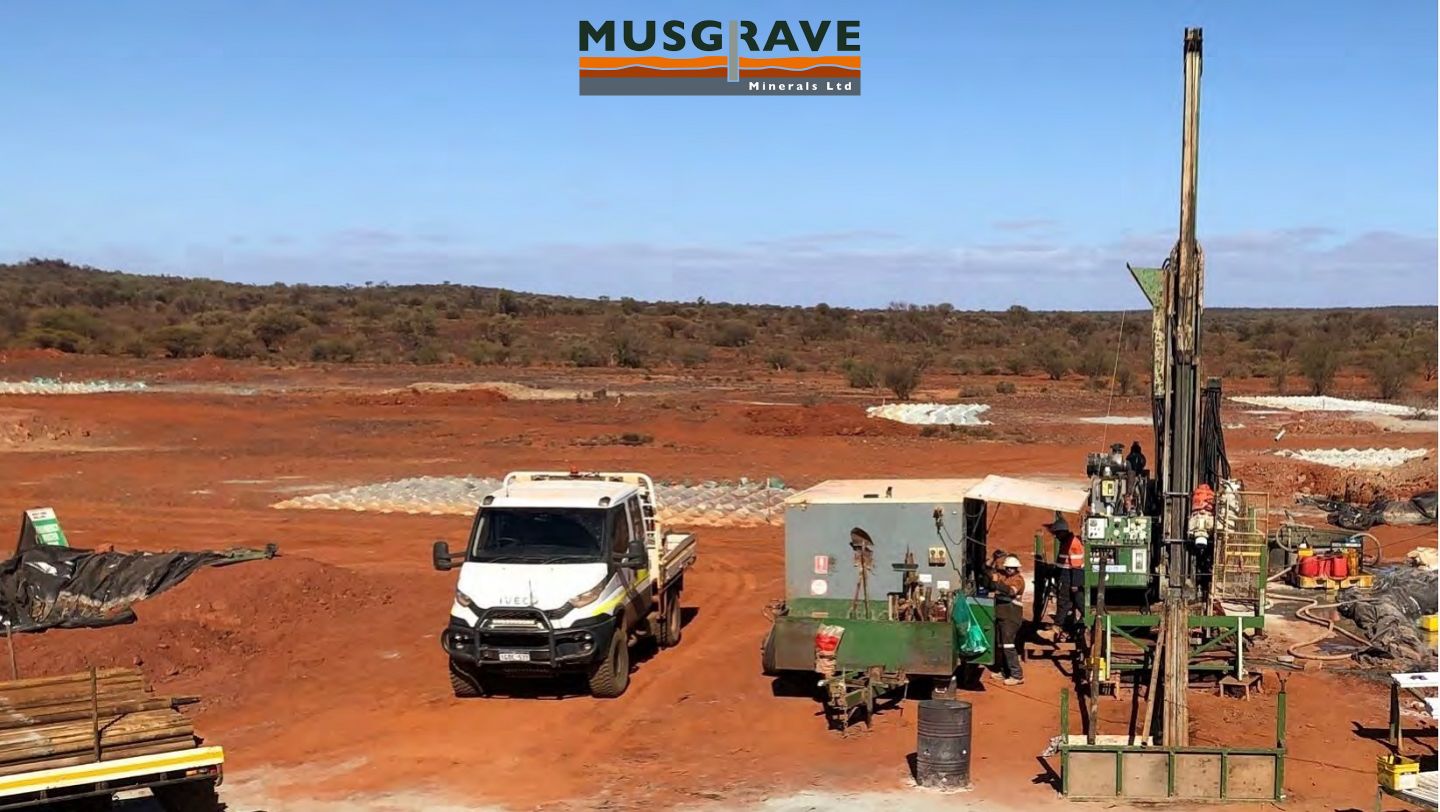 MGVMF:OTCMKTS) is pleased to report further assay results (Tables 1a and 2a*) from diamond and aircore drilling programs on the Cue Joint Venture with Evolution Mining Ltd ("Evolution") in Western Australia's Murchison district.

Diamond drilling continues to intersect potential ore grade intersections within a dolerite basement host unit at the West Island Prospect. The West Island zone is part of a broad regional 7km-long anomalous gold corridor within the joint venture (Figure 1*). At a regional scale, aircore drilling is continuing to identify further extensions to the favourable host dolerite stratigraphy with the majority of aircore assays still pending.

Musgrave Managing Director Rob Waugh said: "This is another strong set of results and highlights the high-grade tenor of the gold systems at West Island. The drilling confirms the presence of multiple basement gold lodes and ongoing drilling is aimed at defining the grade and continuity of individual lodes within the host dolerite sill. To complement these results aircore drilling continues to identify new untested areas of gold anomalism below the cover sequence along strike from known mineralisation."

Evolution has drilled 13 diamond holes for 6,100m since electing to manage the joint venture in January 2022. Results of diamond drilling continue to identify multiple new lodes within the favourable dolerite host unit at West Island. Diamond drilling will progress through the September quarter to delineate the potential scale of the mineral system at West Island.

Gold mineralisation is associated with a series of shear zones that obliquely crosscut a favourable dolerite host unit (Figures 2 and 3*). Multiple individual mineralised shears have been identified in basement rocks along a 1.6km long mineralised trend at West Island. Assays results for five diamond drill holes are pending. Follow-up diamond drilling will continue to focus on understanding the potential scale of the mineralised system.

All significant new diamond drill assay results above are presented in Table 1a* with hole collar information in Table 1b*.

Evolution has drilled 235 aircore holes for approximately 23,782m since electing to manage the joint venture in January 2022. Aircore drilling has intersected the favourable host dolerite unit at West Island, extending the horizon 6km to the north. Aircore assay results are pending for the majority of this drilling with additional targets yet to be basement drill tested.

The aircore drilling has also focused on the sedimentary and felsic sequences adjacent to the favourable host dolerite at West Island, looking for strike extensions of the known mineralisation.

Assays are pending for this drilling.

In October 2019, Musgrave entered an Earn-In and Joint Venture Exploration Agreement with Evolution Mining Limited over a large area of Lake Austin and surrounds on the Cue Project in the Murchison District of Western Australia.

The Evolution JV lies to the north of and excludes all the current resources at Cue (including the Lena and Break of Day deposits), the new White Heat-Mosaic and Big Sky discoveries, and the Mainland option area.

Evolution can earn a 75% interest in the JV Area by sole funding A$18M on exploration over a five-year term. Evolution has currently spent approximately A$13M on the joint venture with a further A$5M planned for H1, FY23. Evolution is the operator of the JV and is managing the ongoing drilling programs.

- Diamond drilling to test the basement beneath regolith gold mineralisation on Lake Austin is continuing with on-going focus on the West Island target.

- The current phase of regional aircore drilling to identify additional targets for diamond drill testing is continuing. This drilling is focussed on identifying new targets along and adjacent to, the favourable dolerite host unit along strike from West Island. 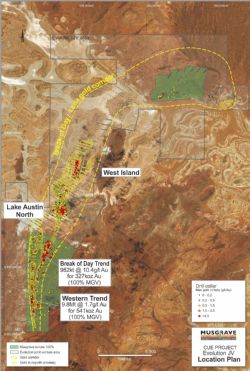 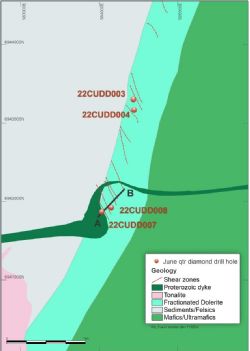 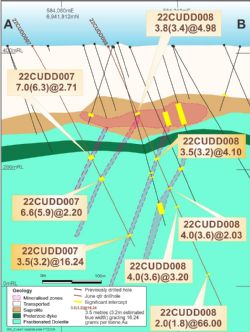 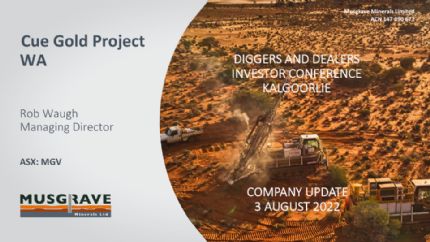