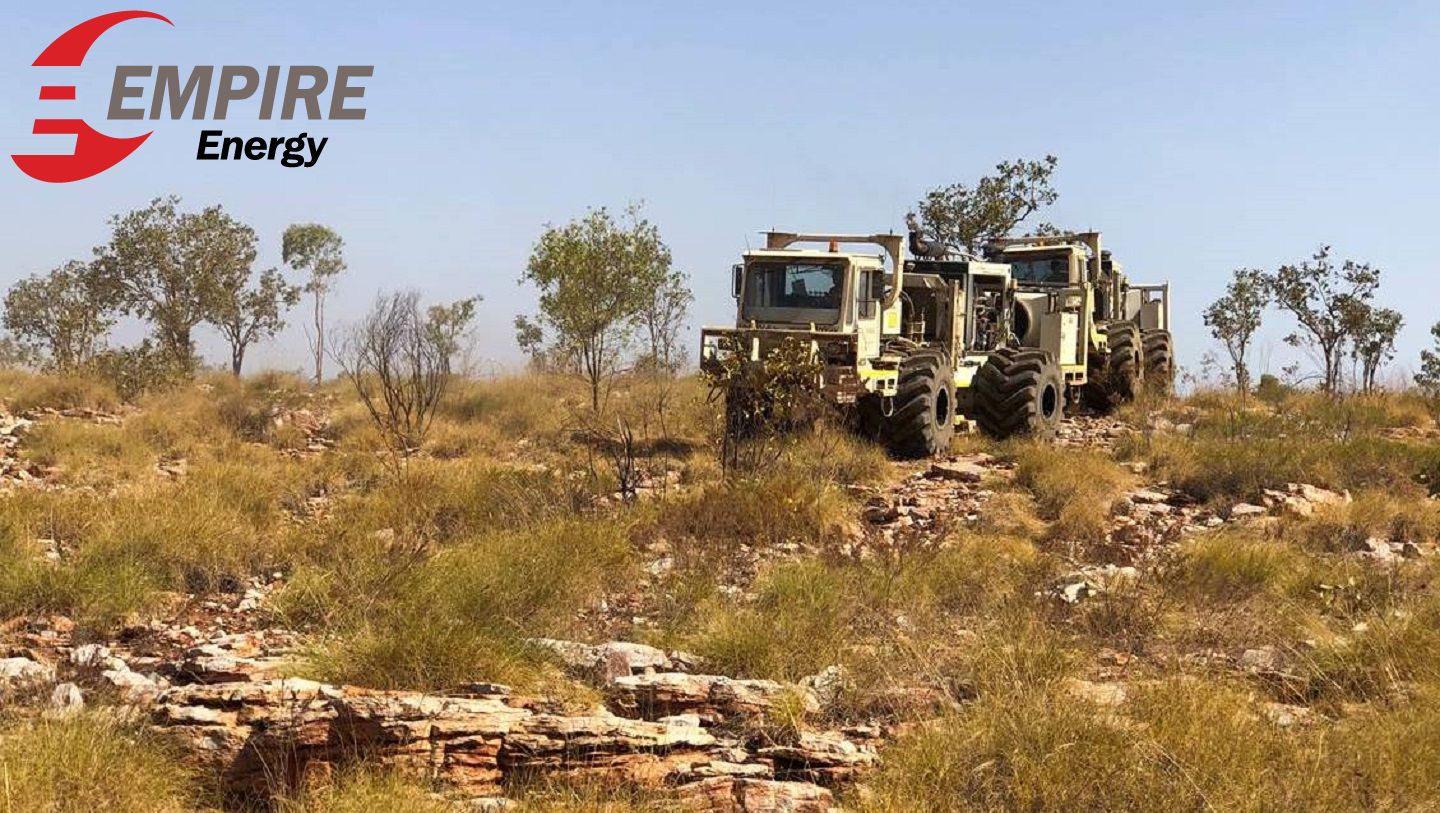 OTCMKTS:EEGUF) is pleased to announce that EMG Northern Territory Holdings Pty Limited ("EMG NT"), a member of The Energy & Minerals Group ("EMG"), has delivered a Notice of Exercise of Tag Along Right ("the Tag Right") to Pangaea (NT) Pty Limited ("Pangaea") pursuant to which it has exercised its right to sell its 17.5% interest in EP167, EP168, EP169, EP198 and EP305 (collectively, "the Tenements") to Imperial Oil & Gas A Pty Limited, a wholly owned subsidiary of Empire, on the same pro rata terms as the sale of Pangaea's interests in the Tenements. The Tag Right was flagged to Empire shareholders in the announcement dated 14 April 2021.

EMG is a private investment firm focused on the natural resources sector with Regulatory Assets Under Management of approximately US$12 billion as of 31 December, 2020, based in Houston, Texas, USA.

- 1,696,970 options to acquire ordinary Empire shares at $0.70 per share which will expire 3 years after their issue date

On completion, EMG will own approximately 5% of the ordinary share capital of Empire.

Empire looks forward to welcoming EMG to the register and will advise shareholders once the Sale and Purchase Agreement between Imperial and Pangaea has been amended to incorporate the acquisition of the EMG NT interests in the Tenements.

Following the acquisition of EMG NT's interests in the Tenements, Empire will own a 100% interest in all of its Beetaloo and McArthur Basin properties.