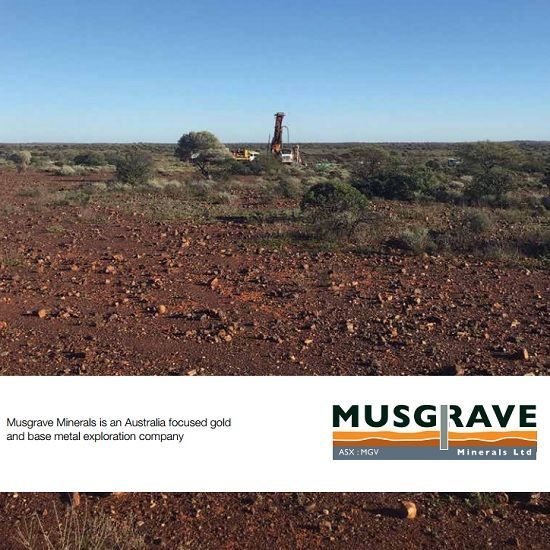 FRA:6MU) is pleased to report assay results for a further eight reverse circulation ("RC") drill holes from the current program at the new Starlight gold discovery at Break of Day. Drilling continues to confirm the Starlight discovery and the strong near surface high-grades in multiple individual lodes. Starlight remains open to the south-east and down dip where drilling is continuing. All intercepts reported in the current drilling program are outside the existing Break of Day resource estimate.

The Starlight lode at Break of Day is located on the Company's 100% owned ground at its flagship Cue Gold Project in Western Australia's Murchison district (Figure 1*). Drilling at Starlight is continuing, with a focus on infilling and extending the high-grade gold mineralisation intersected to date. Drilling will also continue to test for new lodes within the Break of Day and Lena system following the discovery of the new White Light lode located 75m south of Starlight (see MGV ASX release dated 29 June 2020, "New gold lode discovered 75m south of Starlight").

Musgrave Managing Director Rob Waugh said: "Starlight continues to produce stunning gold results in near surface drilling. Further RC drilling is underway to infill and extend the Starlight mineralisation with the aim of completing a JORC resource update late in Q3 2020. Drilling is continuing with two rigs on site and we are confident we can extend Starlight and the new White Light lode and make significant new discoveries in the belt."

The mineralisation consists of quartz lodes hosted within a foliated and altered basaltic stratigraphic sequence that typically dip steeply to the south (Figure 3). Both lodes have a strike extent of over 100m and are open to the south-east (Figures 3 & 5*) and down plunge.

A combination of six metre composites and one metre individual samples have been analysed from the RC holes drilled in the current program with details defined in Tables 1a and 1b*. All 6m composite samples above 0.1g/t Au will be re-submitted for individual 1m sample analysis.

This current resource estimate does not include any recent results from the new Starlight and White Light gold discoveries. The updated resource estimate incorporating these results will be completed in late Q3 2020.

- Follow-up RC drilling on the Starlight lode at Break of Day is continuing with drilling now 75% complete. Further assays are expected in two-three weeks.

- Additional drilling on the newly discovered White Light lode at Break of Day will commence next week.

- The diamond drilling program at Starlight to test depth extensions to the mineralisation is progressing well with first assays expected in three-four weeks.

- A resource update for Break of Day including Starlight and White Light is planned for late Q3, 2020. Evolution JV

- Evolution has approved the FY20-21 budget and the Phase 2 follow-up aircore drilling of high-priority gold targets is scheduled to commence in late July 2020.

ASX:EVN) over the Lake Austin portion of the Cue Project (Figure 6*). The Break of Day, Lena and Mainland areas are excluded from the Earn-in and Exploration Joint Venture with Evolution Mining Ltd. 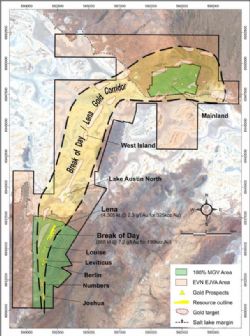 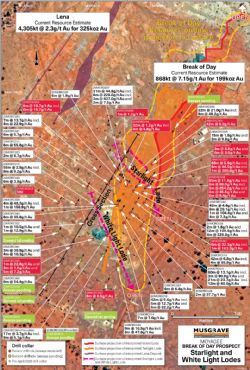 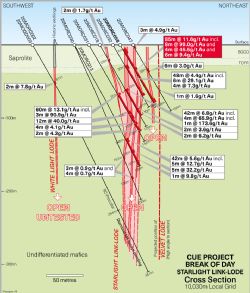 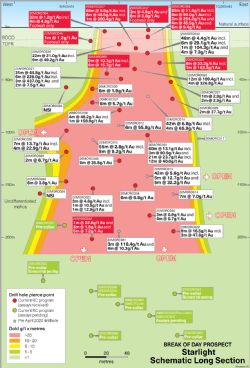 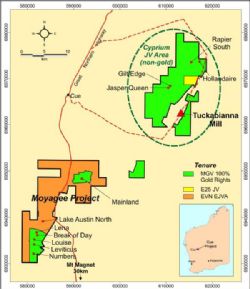 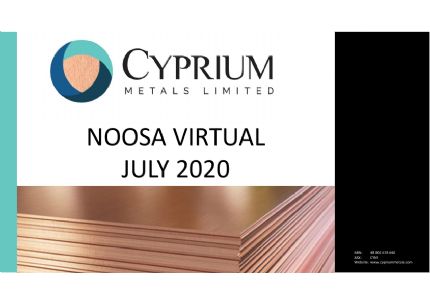