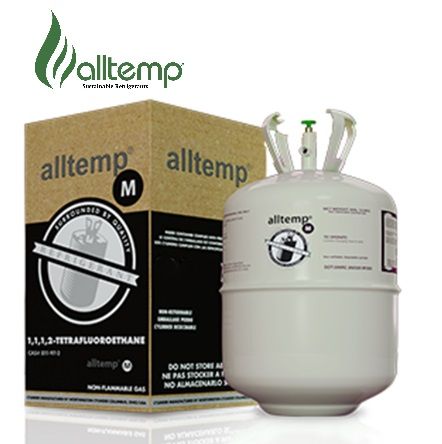 OTCMKTS:LTMP) the US based manufacturer.

In August, it was announced that tests, using Alltemp's drop-in refrigerant technology, were carried out at the Gujarat manufacturing plants of Zydus Cadila. Alltemp's proprietary refrigerant delivered significant savings on two separate installations. On a package HVAC system, Zydus has documented sustained energy savings of 23% over the past year. On the second installation in a brine chiller unit, alltemp(R) refrigerant delivered even greater energy savings ranging from 28% to 40% across different process payload temperatures.

Given the successful tests using Alltemp refrigerants, Alltemp and its Strategic Partner Vikasa Holdings have plans to accelerate aggressive introduction and sales of Alltemp's refrigerants to India through their Indian entity, Alltemp Sustainable Refrigerants India Private Limited. Vikasa is a U.S. company dedicated to investing in cutting-edge 'distributed infrastructure' technologies that can be deployed in India and other large emerging markets.

Anil Kakani of Vikasa Holdings stated, "The new additional trial tests further confirm what we already knew about Alltemp refrigerants, and we remain confident that use of these refrigerants will be a game changer for this massive industry. We are moving forward to scale Alltemp's place in India."

Alltemp, Inc. has developed a proprietary refrigerant technology, after years of research and development, called alltemp(R), a proven replacement for many worldwide refrigerants that have detrimentally affected the global environment. Alltemp(R) refrigerants are environmentally friendly, sustainable, and cost-efficient energy solutions for the residential and commercial marketplace. Alltemp refrigerants have broad applications, ranging from Heating Ventilation and Air Conditioning ("HVAC"), to refrigeration and foam insulation, to industrial solvents. Alltemp is the ideal solution for replacement R-134a, R-404a, and HCFC-22, better known as R-22, but which is rapidly being phased out in all developed countries due to environmental concerns over its strong effect on the depletion of the Earth's ozone layer. For further information, please go to www.alltempsolutions.com.