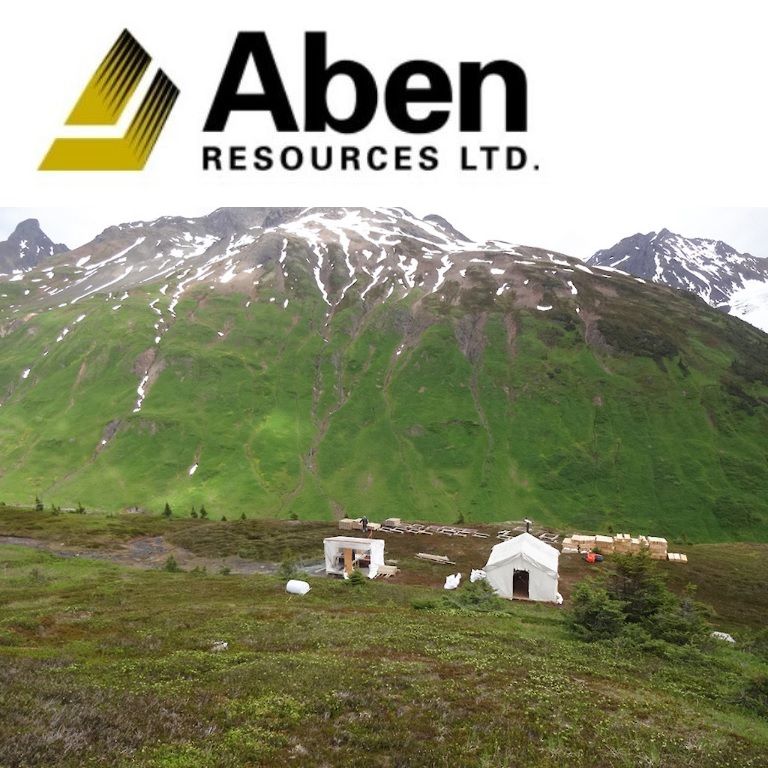 OTCMKTS:ABNAF) provide an update on the Justin Gold Project in the Canadian Yukon and Forrest Kerr Project in British Columbia's Golden Triangle with CEO James Pettit and Ellis Martin.

TEMR: I'm Ellis Martin. Join me now for a conversation with James Petit, the President and CEO of Aben Resources, trading as ABN on the TSX Venture Exchange and in the U.S. as ABNAF. Aben Resources is a Canadian gold exploration company with significant projects in British Columbia, Saskatchewan and the Yukon. Jim, welcome back to the program.

James Petit: Hey no problem. Thanks a lot.

TEMR: If you do not mind, update us on Aben Resources over the last few weeks.

James Petit: Well, drilling, drilling and more drilling. We have managed to report on 3 holes, which we did a few weeks back. We are waiting for the analytics for the next batch, which I am hoping I get this weekend, could well be beginning of next week. We have reported 3 holes now. I think we are on hole 18. Things are going well. We are moving gradually south from the North Boundary Zone. We have really drilled all we can in the North Boundary Zone. We have identified a high-grade zone there. Now we are looking for more. We have basically found the constraints of that North Boundary Zone. We are actually taking the geophysics we did back in May and we are overlaying that with the geo-chem and the drilling we did in the North Boundary Zone. We kind of identified certain structural features that coincide with the drilling and the high-grade. It is giving us a little bit more understanding of what we are looking at here. This program is a broader based exploration program. The holes are longer and we are utilizing what we see in the geophysics. There is a lot of structural features sticking out at us and we are testing them as long as we can move forward. The weather has been, kind of, crummy but we have not lost too many days of work. Last year we only lost 2 hours of work. This year we are losing the odd day here and there. It is going well. We have got an awful lot in the labs that we are waiting on. We will see. We have got areas that we are really liking. It is all coming through because of the geophysics that we did and coordinating with our geo-chem. It is a pretty broad based exploration program right now.

TEMR: There are a lot more eyes on the gold sector right now because major media outlets are talking about it actually. How does that change the calculus for your efforts with regard to Aben Resources?

James Petit: The audience has gotten bigger. There is no question it is really good for gold. It is all the natural things you would think about it. When you get gold going up and doing what it has done, it is up almost $300.00 since the beginning of May, that is pretty dramatic. Now it has got the broad attention of the institutions and all that. Big correction yesterday and today, which is good, but there is nobody really giving up on gold. I mean, people I am talking to are, that is it. They think that gold is now on a run and it is going to be sustainable and who knows what the price will go to. I am not one that says $4,000.00 or $3,000.00. I think it is going to go higher and I think it will stay there and give the whole industry time to adjust. There is a lot of people I know who are changing their focus from whatever they are in into gold. Generally I think it is really good. I think generally also gold is a precursor to the broader commodity markets so here we go.

TEMR: What would you say to those individuals that are looking at your company or any junior, but let us say specifically Aben, who have never looked at the gold market before, who have it in their head that they should, but they see a company with a stock trading under a dollar or under fifty cents and they are not terribly positioned to take risk.

James Petit: Right. Hopefully they follow what has made them successful in the past. Right now you have to look at a new sector when it starts doing what it is doing. Gold has been here before and there was tremendous amounts of money made. You start by picking the juniors. We have seen the majors are all moving now. The mid-tiers are starting to move. Smart money is moving into the junior area. You look at management, you look at the projects, you look at what they have done and what they are doing now. As long as they are active and they can raise money and that sort of thing. You are betting on the rider not necessarily the horse. That is what you do at this point in time. We have anything like what we had back 2007, 2008, 2009, 2010, that was pretty spectacular. We did have a big drop, but right after it, it took off again. We could be there. Do not know. We are still doing what we are doing. The success comes with the ability to raise money and being in the right place and finding what you are looking for.

TEMR: Paint a picture if you will of the remaining of the year for Aben Resource. What can we expect to see and then going into the spring of next year?

James Petit: We are going to end up this year with probably about 22 to 24 holes. We are getting close to the end. If we start getting analytics back and we like what we see we are going to extend it. We are going to be down to the very south end of the property testing an anomaly that has been sitting there waiting for us for the last 3 years. We want to get there. It is straight south of where we are drilling probably 6 kilometers. It is a big intrusive sitting. It is exposed at surface. Normally we are looking at these things through geophysics and those are 300, 400, 500 meters below surface. It has got really good gold samples in rock, in till samples around it, particularly on the north side of it. We have set up a pad and we are going to drill through the gold geo-chem anomaly and to this big intrusive that is sitting there. The gold is coming from somewhere. We like this. It is something that has never been drilled.

TEMR: Well, Jim it is always a pleasure to speak with you of course. I look forward to catching up with you when you have those drill results.

TEMR: I've been speaking with James Petit, the President and CEO of Aben Resources, trading as ABN on the TSX Venture Exchange and in the U.S. as ABNAF. Find their logo on our website, EllisMartinReport.com. I am Ellis Martin.

To listen to the Interview, please visit:
https://www.abnnewswire.net/press/en/99018/aben

Aben Resources (CVE:ABN) (OTCMKTS:ABNAF) (FRA:E2L2) is a Canadian gold exploration company developing gold-focused projects in British Columbia and the Yukon Territory. Aben is a well-funded junior exploration company with over $1.5 million in the Company's treasury. For further information on Aben Resources Ltd. (CVE:ABN), visit our Company's web site at www.abenresources.com. 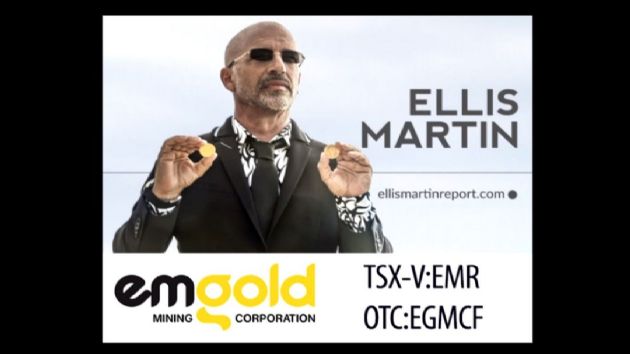 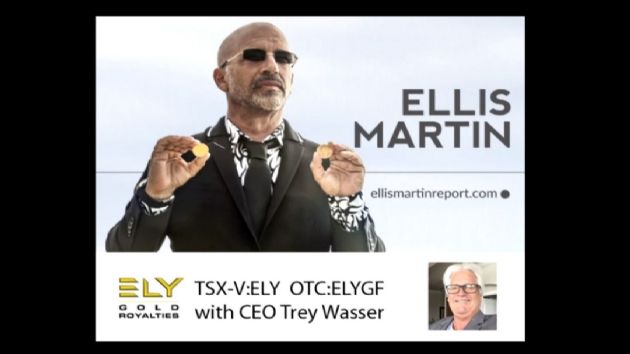 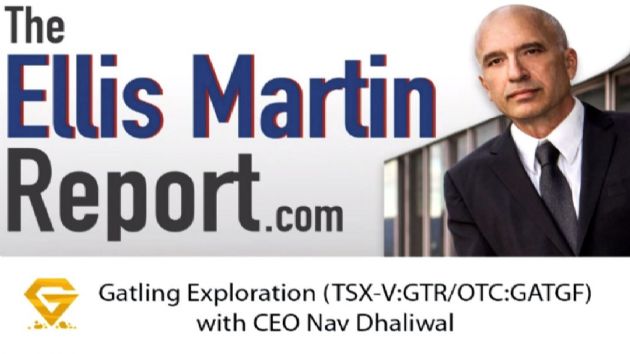 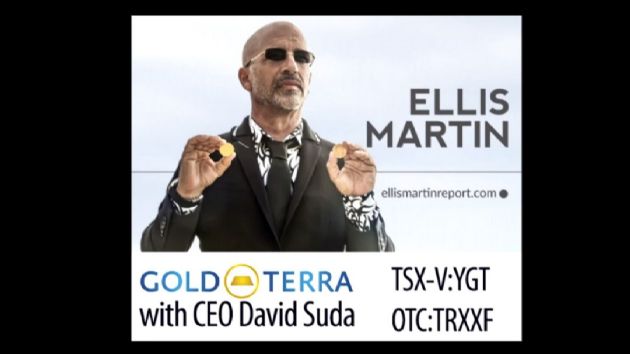