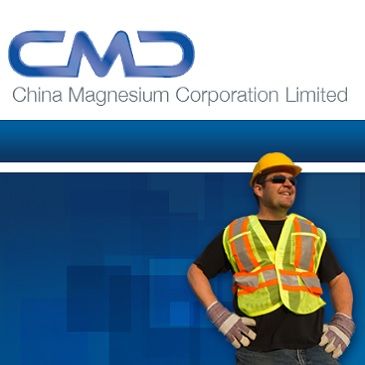 ASX:CMC) ("CMC" or the "Company") is pleased to advise that it has secured a 40% interest in a funded lithium exploration project in the world-class Greenbushes area of Western Australia, through a proposed joint venture with a company associated with a diversified Chinese lithium concentrate producer and processor.

- CMC secures a 40% interest in lithium-tantalum exploration project only 2 km from the group of mining leases covering the world's largest lithium mine at Greenbushes, Western Australia.

- Ground was applied for by CMC, with SMH to contribute an initial ~A$1m for its 60% interest in the JV company.

CMC managing director, Mr Tom Blackhurst, said that the move represents a low-risk, low-cost opportunity which CMC has secured using its extensive networks and relationships within China and Australia.

"We have been very fortunate to secure rights to such ground in an area known for its world-class lithium potential, where opportunities for new tenement applications are increasingly rare, whilst securing a strategic joint venture partner to ensure that the project can be better resourced," said Mr Blackhurst.

About SMH
SMH is associated with a diversified Chinese lithium concentrate producer and processor, which produces lithium from both brines and spodumene, including lithium carbonate and lithium hydroxide. It is also developing a new technology which has the potential to significantly improve the economics of processing spodumene, and is developing advanced technologies for the production of battery components.

SMH was introduced to CMC through CMC's strong network in mainland China.

The Greenbushes area was first discovered as a resource of alluvial tin in the late 19th century. Subsequently, the source of the tin was recognised to be a series of pegmatites, which also contain tantalite (tantalum) and spodumene (lithium-rich mineral); the Greenbushes pegmatites belong to the Lithium-Caesium-Tantalum family. The modern Greenbushes Talison hard rock mine was established in 1983, initially focused on tantalum production, however the primary sales product is now lithium. Talison was taken over by Chinese lithium producer Chengdu Tianqi in 2012.

CMC's Greenbushes project comprises two exploration licence applications E70/4845 and E 70/4846 ("Tenements"). The south west corner of E70/4846 is only 2 km from the eastern boundary of one of the mining leases owned by Tianqi/Talison, owners of the world's largest hard rock lithium mine located 9 km to the south west. E47/4845 is located 13 km to the west of the Talison mine. The Tenements cover approximately 74 km2 in total.

The Tenements are considered prospective for pegmatite-hosted lithium and tantalum deposits, being situated in the same geological terrane near to the world's largest spodumene mine at Greenbushes.

The Tenements were selected by CMC due to their close proximity to Greenbushes mine and the very limited historical exploration for lithium over the application area. CMC has been fortunate to have secured rights to such ground in an area known for its world-class lithium potential, when opportunities for new tenement applications are increasingly rare.

The area has excellent infrastructure including power, water and good road access.

Under the terms of the framework agreement between CMC and SMH:

- CMC will form a joint venture company ("JV Co") and transfer to it CMC's rights over the Tenements.[1]

- SMH must inject into the JV Co a total of RMB 5.25 million (~A$1m; including the deposit) within 30 business days of signing formal agreements.

- If any funding is required after that initial amount, the parties will contribute in proportion to their ownership or be diluted.

SMH has indicated its intent and capacity to continue funding the project (directly and/or by the supplying of technical staff and a processing plant should an economic deposit be discovered) beyond the first A$1 million.

The exploration strategy will target the discovery of pegmatite-hosted lithium deposits. The program of work will evaluate the whole of the land subject to the application for lithium mineralisation by compilation and consideration of results from historical exploration over and near the Tenements, procurement and interpretation of airborne geophysical data and a detailed systematic field exploration program, including regional soil and stream sampling program (drainage systems potentially exposing or reducing otherwise covered or obscured outcrops). This is currently intended to be followed by infill sampling of anomalous areas and possibly other geophysical surveys to define drill targets, followed by drill testing if justified.

CMC's current executive management - who remain focused on CMC's business - do not intend to be directly involved in the management of the Greenbushes Lithium Project or the JV Co, other than contributing to the overall strategy of the JV Co and the early establishment of key personnel.

CMC will appoint Mr Damien Kelly to manage the JV Co. Mr Kelly procured the project opportunity for CMC and has been advising CMC in relation to the project, its funding and the SMH agreement. He is the founder and director of Western Tiger Corporate Advisers, a corporate advisory firm based in Perth. With broad experience in corporate, financial and commercial management, he has provided professional services to mainly ASX and AIM listed mining and exploration companies over 17 years, including the formation and ASX listing of Sandfire Resources NL (

It is intended that the JV Co will also engage the consulting services of former Galaxy Resources Ltd managing director, Mr William (Chub) Witham, and other specialist consulting geologists and advisers as required.

Mr Witham has over 25 years of experience in the mining, oil and gas, government and corporate sector. He has an honours degree in geology and worked as a senior executive for a number of mining, industry consulting companies and government institutions including Galaxy Resources Ltd when it first acquired the Mt Cattlin project, and also has direct experience in the Greenbushes area through bauxite and base metal exploration.

CMC's non-executive director, Mr Robertson, is also a metallurgical engineer with more than 30 years of experience in mineral processing, mining and new technologies.

No change to CMC's primary strategy

CMC remains focussed on becoming a large, low cost, integrated producer of magnesium, semi coke, tar oil and other industrial products, but we will continue to take advantage of any synergistic or value-adding opportunities as they present themselves. The securing of this Greenbushes project, introduced through our Australian network, and funded via our Chinese network, is just an example of this.

[1] Ultimate legal or equitable transfer of interests in the Tenements (once granted) to the JV Co within the first year of grant will require the consent of the WA Minister of Mines and Petroleum.

[2]. The exploration program will evolve based on ongoing results and the advice from the JV Co's expert geologists, and may be subject to any necessary consents or authorisations that may be required based upon the program that is recommended. Although CMC does not expect any major obstacles, there can be no guarantee that the Tenements, or any necessary consents and authorisations to carry out exploration activities, will ultimately be granted or on terms acceptable to CMC or the JV Co - for example, more stringent conditions are likely to apply to ground disturbing activities and access to and from most of the areas covered by the Tenements, which include state forest and nature reserves.

For further information (in relation to the Greenbushes Lithium Project only), please contact: