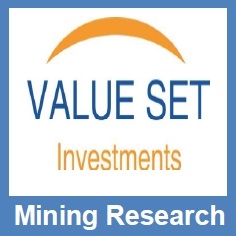 ASX:ATN) has commenced exploration at the Mt Andrew Project in the Fraser Range region of Western Australia. A helicopter-borne VTEMmax survey was completed in the northern part of the project over a section of the Fraser Complex, which is the geological unit that hosts the Nova-Bollinger nickel-copper deposit discovered by Sirius.

The project consists of two exploration licences E63/1322 and E63/1375 located 120km ESE of Norseman and covers 290km of Proterozoic lithologies of the Biranup and Fraser Complex within the eastern Albany-Fraser Orogen.

We understand that both targets potentially represent bedrock conductors which might be due to massive and/or stringer Ni-Cu sulphide mineralisation.

ATN has indicated that both targets warrant drill testing to determine whether these conductors are associated with economic mineralisation.

Modelling suggests Target 1 is to be a conductive body, dipping 75 degrees to the north with 500m in strike length and extending 200m down dip with a depth to top of the body of approximately 50m.

The second target has been modelled as dipping 80 degrees to the south, 350m in strike length and extending for 250m down dip with depth to top of the conductor of 35m.

Both targets are adjacent to magnetic highs which provides support of this being represented by a bedrock feature which extends sub vertically to depth.

We consider ATN represents a cheap entry at these levels with multi-bagger upside potential from any drilling success. The southern end of the Fraser Range is largely under-explored and is likely to attract further interest as exploration continues in the region. We rate ATN a Speculative Buy.