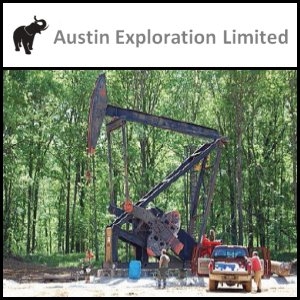 LON:BG) for A$5.7 billion. Most recently Mr Cottee was CEO of Nexus Energy (

Australian-based Austin Exploration has expanding oil and gas interests in the United States, including highly-promising North American oil and gas shale assets acquired last year in the Niobrara and Eagle Ford shale regions. In Australia, Austin has a Cooper Basin oil and gas prospect in joint venture with Beach Energy.

Mr Cottee's appointment as Chairman was announced today by Austin Exploration Director, Dr Mark Hart, who will vacate the Chairman position and continue as President and executive director of the Company.

"We are extremely enthusiastic about having someone of Richard Cottee's international energy experience, outstanding reputation for driving company market development, and intense business savvy to join our Company as Chairman," Dr Hart said today.

"Richard is one of the strongest business executives that I have ever worked with. He is a great leader who has expertise at every discipline throughout a public company and huge depth in all facets of the energy sector," he said.

Mr. Cottee is a lawyer by background and commenced his career with Allen's Arthur Robinson before holding commercial positions with Itochu (

Mr. Cottee is also a former Vice President and Managing Director of NRG Energy Ltd in London, and Chief Executive of CS Energy Ltd in Brisbane.

Mr. Cottee said he was enthusiastic about joining Austin Exploration as Chairman at a time when the Company had successfully assembled an attractive group of assets, is cash flow positive and has the potential to take its share value to new heights.

"Austin has an experienced Board and a professional team of executives and management and I look forward to working with them towards achieving greater progress for the Company and its shareholders," Mr Cottee said.

Fremont Petroleum Corporation (ASX:FPL) is an Oil & Gas Production and Development company. The company was founded in 2006 and is headquartered in Florence Colorado USA with its Australian office located in Sydney Australia. The company has operations in Colorado and Kentucky and interests in two wells Texas. 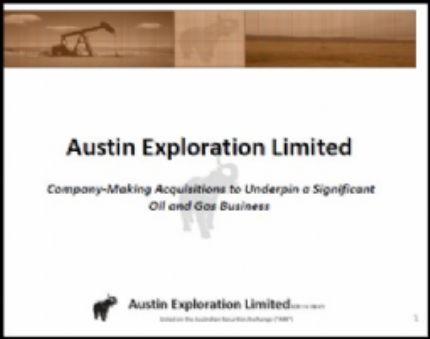