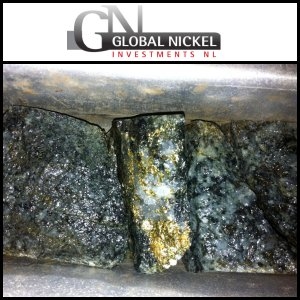 ASX:GNI) is pleased to announce the establishment of a Sponsored American Depository Receipt ("ADR") Program.

The establishment of the ADR program is the first step in listing Global Nickel on the OTCQX Exchange in the U.S, which is expected to follow prior to Christmas, 2011.

The establishment of a sponsored ADR program will create exposure in the broader secondary market for Global Nickel particularly in the United States and Canada, thereby providing better access for North American investors to trade in Global Nickel securities.

Particulars for the U.S. sponsored ADR program are as follows:

The ADR's will be tradeable via licensed U.S. brokers in the ordinary course of trading in the Over-The-Counter ("OTC") Market in the U.S. Global Nickel has appointed the Bank of New York Mellon (BNYM) (

NYSE:BK) as its authorised U.S. representative and Depository Bank to establish the ADR facility.

About Zinc of Ireland NL 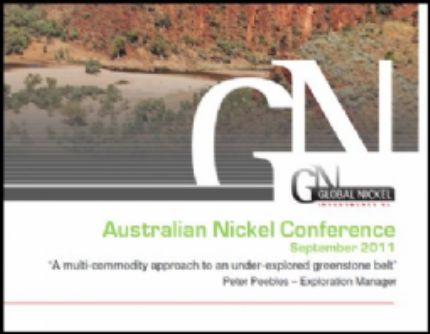