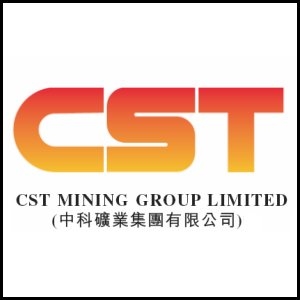 HKG:0985) is pleased to announce that Macrobre has received the approval from MEM for its EIA of the Mina Justa Project in Peru.

Reference is made to the circular of CST Mining Group (the "Company") dated 30th April, 2010 (the "Circular"), in respect of, inter alia, the Mina Justa Project. Terms used herein shall have the same meaning as those defined in the Circular unless otherwise specified.

APPROVAL OF EIA OF THE MINA JUSTA PROJECT

The Board is pleased to announce that the Ministry of Energy and Mines of Peru ("MEM") has, on 8th September, 2010, issued its approval to Macrobre, the 70% owned subsidiary of the Company, for the Environmental Impact Assessment("EIA") of the Mina Justa Project.

With the approval of the EIA, the Peruvian government has certified the environmental feasibility of the mining project, which comprises an open pit mine, mineral processing facilities, power transmission and water delivery infrastructure, and an access road.

In conjunction with this approval, Macrobre will move the first phase of the project into detailed engineering and will look to start early construction works on the water line, access road and camp as soon as possible.

Marcobre is a Peruvian company, owned 70% by the Company and 30% by LS-Nikko Copper Inc. and Korea Resources Corporation. Marcobre owns the Marcona Copper Property in coastal southern Peru. The project has a resource base of more than three million tonnes of contained copper and reserves of more than one million tonnes of contained copper. A Definitive Feasibility Study has been completed for average production of 110,000 tonnes per annum of copper starting in 2013 for 10 years of the initial reserves. Capital cost for the project is estimated at US$745 million, and cash operating costs are estimated at an average of US$0.90/lb over the life of mine.

The project has potential for further reserves in and around the existing ore bodies (known as Mina Justa) and therefore potential for expansion and longer life. The Marcona Copper Property has the support of the national and regional governments of Peru and nearby communities. The National Government of Peru has given the Mina Justa Project "National Interest" status.

CST Mining Group Limited (HKG:0985) is engaged in the copper mining business following the successful acquisitions of Chariot Resources Limited and the Lady Annie Project in Australia. The Company is headquartered in the Hong Kong Special Administrative Region.