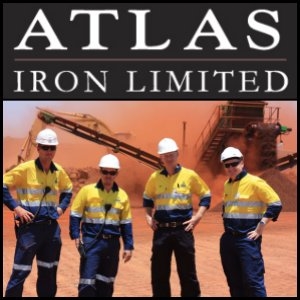 Atlas is an emerging Iron Ore producer with a growing portfolio of resources defined with strong growth potential, a world class Magnetite deposit, and over 8,900km2 of iron ore mineralised tenure within Western Australia.

Atlas exports iron ore from the Pardoo DSO Iron Ore Project, which is approximately 75km from the established public access port of Port Hedland. The company anticipates the commencement of its second operation, at Wodgina 100km south of Port Hedland, in Q1 2010.

Atlas Iron will produce and encourage significant positive outcomes for indigenous peoply by ensuring economic opportunities in our exploration and mining activities, and by conducting ourselves in a culturally and environmentally sensitive manner.

In leading by example, Atlas Iron will:

- Encourage other companies to engage proactively with native title groups;
- Promote sustainable commercial relationships with indigenous people; and
- Seek to generally improve the wellbeing of indigenous people in our operating areas.

Atlas Iron is committed to:

- Building and maintaining good relationships with the indigenous people in the communities in which we operate;
- Being the indigenous employer of choice;
- Partnership with indigenous communities to develop sustainable economic business opportunities wherever appropriate;
- Operating within existing environmental constraints and respecting indigenous connection to land; and
- Delivering cross cultural awareness training to our workforce.