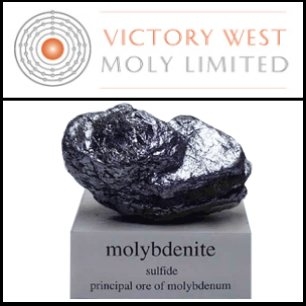 ASX:VWM) is a Perth based company established to explore the Malala molybdenum deposit on the island of Sulawesi in Indonesia.

The company has already established a number of commercially exploitable production assets. Molybdenum is mostly used in the production of alloys and stainless steels, it enhances strength, hardenability, corrosion resistance, and importantly weldability.

It is also a metal on the move with strong demand and price growth. Last week Victory West Moly announced a significant increase in the size of its Anomaly B target area at Malala by more than 300% with much potential yet to be confirmed.

Drilling and testing at Malala has been headed up by Victory West's Chief Geologist Brett McKay who has been using some very sophisticated surveying and modelling techniques and is now reaping the results.

Listen to the Interview here:
http://www.abnnewswire/press/en/62608/Victory-West-Moly