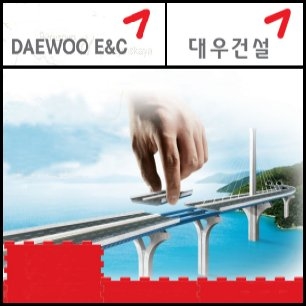 SEO:047040) said Tuesday it received a US$1.17 billion order from Abu Dhabi Oil Refining Co. for work at the Ruwais refinery expansion project. Ruwais is a city 250 kilometers west of Abu Dhabi, the capital of the United Arab Emirates.

TPE:2002) plans to borrow US$87 million from local banks to finance its steel sheet-making joint venture in Vietnam. The Taiwan-based steel maker expects to finalize the loan in July or August, and the company doesn't have any further borrowing needs for the first half of this year as it has enough cash, said China Steel's CFO. Recently China Steel raised the wholesale prices for its steel products to be shipped in April and May by 2.9%. The company will see an addition of NT$900 million in sales in both April and May.