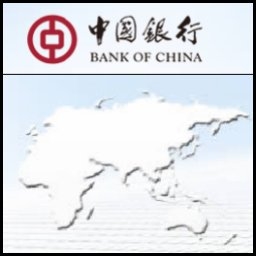 Bank of China Ltd. (HKG:3988), which is planning a 40 billion yuan convertible bond sale, said Thursday it aims to keep its capital adequacy ratio at least 11.5% in the 2010 to 2012 period, while the Chinese regulator has raised the minimum ratio requirement.
Sydney, Jan 28, 2010 AEST (ABN Newswire) - Wall Street stocks posted gains on Wednesday. The market pared early losses in late trade as Federal Reserve kept its stimulative monetary policy unchanged and said it would hold interest rate at "exceptionally low" level for an extended period to support the economic recovery.

TYO:7751) Wednesday posted a net profit of 61.56 billion yen for the fiscal fourth quarter, up sharply from 11.62 billion yen a year earlier. The result was partly due to robust digital camera sales, For the year 2009, Canon posted a 57 per cent decline in net profit to 131.65 billion yen and a 56 per cent drop in operating profit to 217.06 billion yen as the strength of yen hurt its overseas sales. The Japanese electronics company expects revenue and profit for 2010 to rise for the first time in three years.

SEO:066570) said its operating profit jumped four-fold in the fourth quarter from a year ago, as the strong TV business offset the weakness in the mobile phone business. LG Electronics expected its first-quarter profit to slightly improve or remain at the same level as the fourth quarter. The competition in smartphone market is expected to continue to weigh on the profits in LG's handset business.

The Iraqi oil ministry Wednesday finalized a deal with a consortium made up of China National Petroleum Corp., Total SA (

NYSE:TOT) and Malaysia's Petroliam Nasional Bhd (Petronas), to develop Iraq's Halfaya oil field, Iraqi oil officials said. The consortium will develop the field at the country's historic second licensing auction held in Baghdad in December. The alliance will be paid a fee of US$1.40 for each produced barrel from the field, and pledged to reach a production plateau of 535,000 barrels a day.

TYO:9202) said it will promote its international flights as the pillar of its growth in fiscal 2010 by capitalizing on the biggest business opportunity to be created by the expansion of two core airports in the Tokyo metropolitan area. ANA will open two new international routes and fly more often on six routes, boosting the number of weekly international flights by 40 from the previous year to 644.

HKG:3988), which is planning a 40 billion yuan convertible bond sale, said Thursday it aims to keep its capital adequacy ratio at least 11.5% in the 2010 to 2012 period, while the Chinese regulator has raised the minimum ratio requirement. The bank also plans to sell new shares in Hong Kong at an appropriate time according to the market condition.