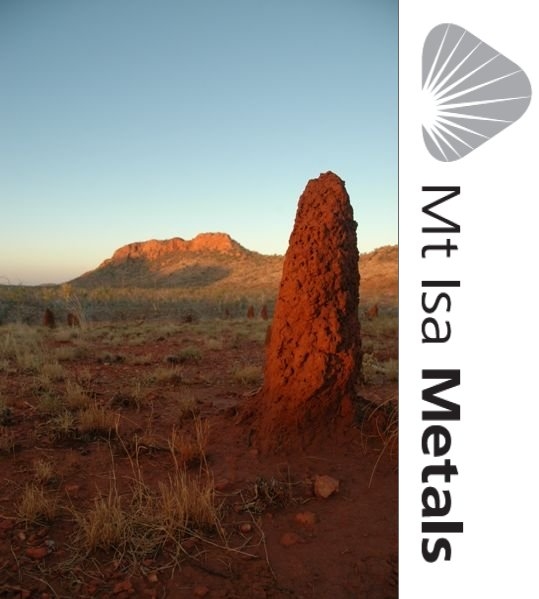 Mt Isa Metals Limited (ASX:MET) has commenced on the Barbara Copper Prospect located approximately 50 kilometres north-east of Mt Isa. The drilling is planned to test for high grade sulphide copper mineralisation indicated at surface by historical copper workings and visible copper occurrences.
Sydney, June 2, 2009 AEST (ABN Newswire) - US stocks shrugged off the widely expected bankruptcy filing of General Motors and posted a massive rise overnight on a bullish sentiment. A series of better-than-expected economic data suggested a fast recovery from the recession. Investors were also encouraged by signs of manufacturing stabilization from China with figures showed that manufacturing sector continued to expand moderately in May.

The Australian shares were broadly higher. The benchmark S&P/ASX200 rose 76.4 points, or 2 per cent, at 3894.4, while the broader All Ordinaries gained 74.6 points, or 1.96 per cent, to 3887.9 points. Besides the strong lead from Wall Street, the rising commodities prices may also push up the market today.

Tuesday the Reserve Bank of Australia will announce its rate decision after monthly board meeting. Most market economists expect the Reserve Bank board to keep the cash rate at 3 per cent today.

The Australian Bureau of Statistics will release balance of payments and international investment data for the March quarter, as well as building approvals data for April and government finance statistics.

Talbot Group Investments has agreed to take a placement of 7.24 million shares in Robust Resources (ASX:ROL). The capital injection of A$2.534 million will give Talbot 15 per cent of the shares in the explorer.

PaperlinX (ASX:PPX) will formerly complete the A$700 million sale of its manufacturing arm, Australian Paper to Japan's Nippon Paper (TYO:3893). The sale will immediately reduce company debt by A$500 million. PaperlinX also warned that its 2009 reported EBIT (earnings before interest and tax) will be further depressed by around A$95 million in costs, which related to the bank and noteholder charges, consultants' costs to lenders, costs associated with the Australian Paper sale, and previously flagged foreign exchange losses and corporate overheads.

Macquarie DDR Trust (ASX:MDT) has completed the sale of three assets for a combined value of US$20.3 million to three different private purchasers. The combined sale price reflects a 4.8% discount to December 2008 book value.

Pacifica (ASX:PBB) says it expects an adverse impact on its 2009 earnings from the filing by General Motors for bankruptcy protection. The full financial impact is uncertain but will be dependent on the time GM remains under Chapter 11 protection.

Macquarie Group Ltd (ASX:MQG) says in a statement in response to ASX query that it is not aware of any reason or information not already announced that could have prompted a lift in its share price since late last week. The group today said it had raised A$1.2 billion through its institutional placement and share purchase plan.

Following the initial successful surface sampling programme at its Amayapampa Gold Project in Bolivia, Republic Gold Limited (ASX:RAU) said that the sampling has been extended significantly due to continuing encouraging analysis results.

M2 Telecommunications Group Ltd (ASX: MTU) has today announced that it has executed an Asset Sale Deed to acquire all of the small and medium business assets and associated intellectual property of Commander Communications Limited. The acquisition is expected to raise the M2 Group revenues to more than A$350 million, resulting in an EPS increase in excess of 50%. 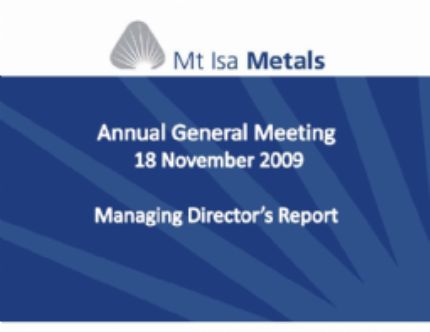