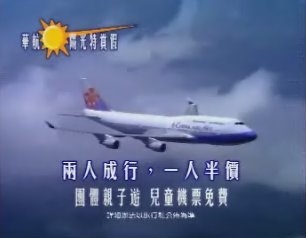 China's economy is bottoming out, which will pave the way for needed reform of the resources tax, said Jia Kang, head of research at the Ministry of Finance. China's economy may begin to recover later this year, but growth is expected to remain low for three years.

The Japanese government is expected to submit a fiscal 2009 supplementary budget bill to the National Diet of Japan on April 27, government sources said Monday. Under the extra budget plan, the government will spend 15.4 trillion yen to execute additional stimulus measures. Over two-thirds of the spending will be financed by government bonds and the rest by reserves.
Company News

It is reportedly that China Airlines Ltd. (TPE:2610), Taiwan's largest airline by revenue, had an operating profit in the first quarter following five successive quarters of operating losses. The rise is largely due to lower fuel costs and growing traffic between Taiwan and China.

Hutchison Telecommunications International Ltd. (NYSE:HTX)(HKG:2332) said it will spin off and list its Hong Kong and Macau operations May 8. The telecom giant said it won't raise any new funds from the spinoff and the Hong Kong unit plans to pay an interim dividend of HK$0.01 per share to its shareholders this year.

Toshiba Corp. (TYO:6502) said it expects a wider full-year net loss, further job cuts in Japan and a 42% reduction in capital spending as it tries to cope with weak demand for semiconductors and other consumer electronics.

South Korea's Hyundai Automotive Group, consisting of Hyundai Motor Co. (SEO:005380) and Kia Motors Corp. (SEO:000270), will recall about 50,000 cars produced between September and November 2006 as brake lights of some of Hyundai and Kia models were found not to function when drivers stepped on brakes due to the switch flaws.