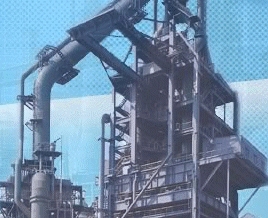 Kobe Steel Ltd (Kobelco)
Sydney, Mar 13, 2009 AEST (ABN Newswire) - Most Asian markets ended lower Thursday, giving up gains from the previous session. Japan's Nikkei 225 finished down 2.4% as exporters were hit by the stronger yen. Other major indexes including China's Shanghai Composite, Hong Kong's Hang Seng Index and South Korea's Kospi ended with rather small changes as investors were not confident to the economic outlook and waiting for a clear picture.

Hong Kong shares opened more than 3% firmer on Friday after Wall Street's gains overnight, while Tokyo stocks climbed 4.39 per cent as of midday.

Japanese Finance and Economy Minister Kaoru Yosano confirmed that the government and the ruling block will start compiling new stimulus measures to support the quickly declining economy. Japan's Cabinet Office said Thursday that GDP contracted an annualized 12.1% in the October-December quarter of 2008 instead of the preliminary figure of 12.7%.

It is reported that a memory-chip company to be set up by the Taiwan government will likely cooperate with Japan's Elpida Memory Inc. (TYO:6665) and ProMOS Technologies Inc. (TYO:5387).

China National Petroleum Corp., parent company of PetroChina Company Limited (SHA:601857)(HKG: 0857)(NYSE:PTR), said today it expects to submit a plan to the government this year on building a refinery in southern China's Guangdong province in partnership with Venezuela.

Industrial & Commercial Bank of China Ltd. (HKG:1398) is in talks with its strategic investors about a possible stake sale. However, the bank hasn't made a final decision on the plan.

Japan's Ricoh Co Ltd (TYO:7752) said on Friday it had cut its operating profit target for the fiscal year from April 2010 by a third due to the strong yen. Ricoh said it aims for 2.3 trillion yen in revenues for the 2010/11 business year, compared with its previous target of 2.5 trillion yen.

South Korea's Daewoo Shipbuilding & Marine Engineering Co. (SEO:042660) said it expects an operating profit of more than KRW400 billion for this year on sales of KRW11 trillion or more.