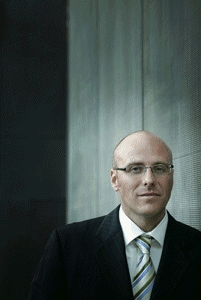 The table below illustrates the M2's performance in the 6 month period to 31 December 2008 as compared with the previous corresponding period (PCP). Most pleasingly, the M2 group has delivered record half year earnings and earnings per share, on a considerably enlarged revenue base. Based upon this strong performance for the period, the Directors have declared the Company's 9th consecutive dividend, totaling 2.5c per share (fully franked).

Additional financial, operational and strategic events of note for the period included;

- On December 5 2008: announced agreement to acquire People Telecom Ltd (ASX:PEO) via a scheme of arrangement, scheduled to be completed in mid April 2009. The People Telecom acquisition is highly complementary to the business of M2 and is anticipated to be EPS accretive in FY 2009/10

M2's Managing Director and CEO, Vaughan Bowen, said of the interim performance; "We are very pleased to have delivered a strong result for the first half. Growth has been particularly solid in our M2 Wholesale division, with our M2 Telecom retail arm also growing organically during the period. The second half of the year will see Board and management focus on improving processes and systems across the business together with taking the necessary measures to mitigate exposure to risks associated with the slowing economy. M2 still has only fractional telco industry market share (less than 1%) and as such we remain optimistic about delivering continued growth at both the top and bottom lines in the market segments which we have proven to be able to add value and grow profitably".

M2 has a proven track-record of