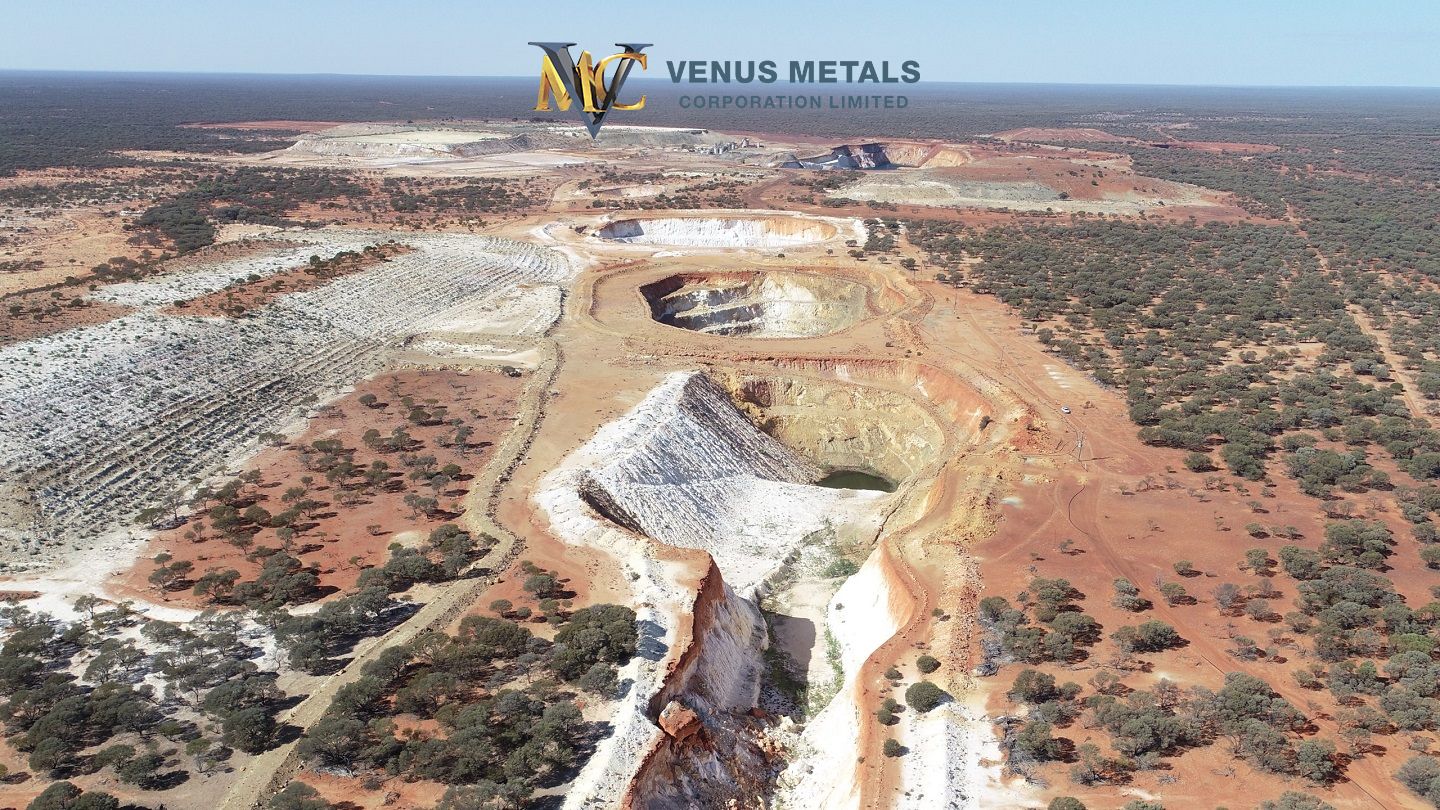 - Petrographic studies of monzogranite bedrock identify weathering and release of REEs from primary REE host (allanite) in surface samples, which is favourable for the formation of REE-enriched clays.

WORK PLANNED AND/OR IN PROGRESS:

- RC drilling scheduled for early 2023 to test the primary REE mineralisation in the monzogranite bedrock at depth and beneath magnetic highs.

As part of an initial regional reconnaissance exploration program, Venus completed systematic soil, rock-chip and laterite sampling on E15/1796 (refer ASX release 30 Sept 2022). The program identified REE anomalies in soil, laterite, and rock chips along the ~25 km strike length of the arcuate magnetic high in the west and across an oval shaped magnetic feature (~3 x 4 km) in the east of E15/1796.

Maxima for TREO in soil and laterite (ferruginous gravel) are 6,092 ppm and 700 ppm, respectively, in the ultrafine fraction (refer ASX release 30 Sept 2022).

The arcuate and ovoid magnetic highs within granite terrain of E15/1796 are suggestive of a regional-scale magnetite-bearing monzogranite that appears to be enriched in REE; a detailed petrographic study of bedrock specimens from outcropping monzogranite is in progress.

A total of 38 rock chip samples, and 93 samples of historical drill spoil were collected (Figure 1*). Recent rock chip samples from outcropping monzogranite have yielded maximum TREO concentrations of 4,365 ppm in the eastern target area and of 2,292 ppm in the western target area of E 15/1796. These results are ~10 to 20 times the average crustal abundance for TREO (Taylor & McLennan, 1995), suggestive of a bedrock that is highly anomalous in REE. Further, the magnetic rare earth oxide (MREO) percentage of rock chips above 1,000 ppm averages 23% MREO with individual samples ranging as high as 28%.

It is likely that the magnetic anomaly is related to the monzogranite, which outcrops in several places across the tenement with some whalebacks >1 km in diameter (Figure 3a*). Within the arcuate and ovoid magnetic highs (Figure 2*), monzogranite contains abundant magnetite and frequently displays brownish-black spots (Figure 3b-c*) indicative of REE mineralisation.

The monzogranite is dominated by albite, k-feldspar, quartz, biotite, magnetite +/- titanite, rutile, zircon, chlorite, apatite and Ca-Fe amphibole. The primary magmatic REE mineral throughout the monzogranite is allanite (Ce,Ca,Y,La)2(Al,Fe+3)3(SiO4)3(OH) along with minor REE-bearing titanite and apatite. Allanite occurs in association with biotite and magnetite (Figure 4a, d-e*) and is responsible for the brownish-black spots displayed in Figures 3b-c*.

including REE oxides, Ca-REE fluorocarbonates, and ferriallanite form as replacement products on the rim of allanite as well as in veinlets dispersed in the monzogranite (Figure 4e). Secondary REE phases have a higher REE concentration due to lower concentrations of Al and Si relative to allanite (Figure 4c*)

These results indicate that REEs are released from the source rock during weathering and are not entrapped in resistate phosphates such as monazite - all of which is favourable for the formation of REE clays.

The bedrock enriched in primary and secondary rare earth mineral phases presents a source for residual enrichment within the regolith during weathering, a process that may have led to the formation of clay-hosted REE mineralisation. As part of the weathering of the fresh monzogranite,

allanite and secondary rare earth mineral phases or alteration minerals can dissolve and concentrate in the weathering zone to form clay-hosted secondary rare earth mineralisation. A grab sample of drill spoil from historical RAB hole 02BOVR002 (WAMEX Report A70400) shows a maximum TREO concentration of 3,356 ppm in in clay from ~20m depth. The average MREO percentage for drill spoil samples above 1,000 ppm is 23.2 % (Table 1*) with up to 33% for the described high-grade sample.

Venus also considers the REE-enriched bedrock to be a potential REE source in its own right if a REE enriched concentrate can be separated. It is likely that fresh unaltered allanite is encountered below the weathered surface. Venus has commissioned preliminary metallurgical test work to quantify the enrichment of REE associated with specific mineral phases to exploit a potentially vast monzogranite bedrock resource; analytical results for nine magnetic and non-magnetic subsamples are pending.

In this context, it should be noted that an Australian company, American Rare Earths (

An aeromagnetic and radiometric survey across the regional magnetic highs has been partly completed and processing is underway; these data will form the basis for further field investigations and drill targeting.

Following the discovery of secondary rare earth mineral phases in the fresh rock that may form clayhosted rare earth mineralisation during weathering, clay samples were taken from historical drill spoil across the northern part of the arcuate magnetic high. These samples that represent the weathering zone have been submitted to ANSTO and ALS for diagnostic metallurgical tests (pH 4).

RSC will continue with the petrographic and SEM work and this will deliver a better understanding of the mineral paragenesis, the deportment of REE in the monzogranite, identification of REE mineral phases, mineral liberation, among other factors. These results will also help to understand the genesis of the Marvel Loch East REE mineralisation and assist with establishing mineral processing techniques. 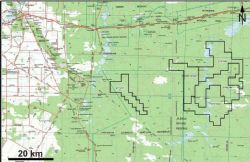 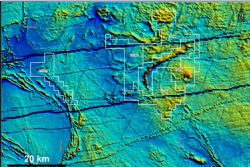