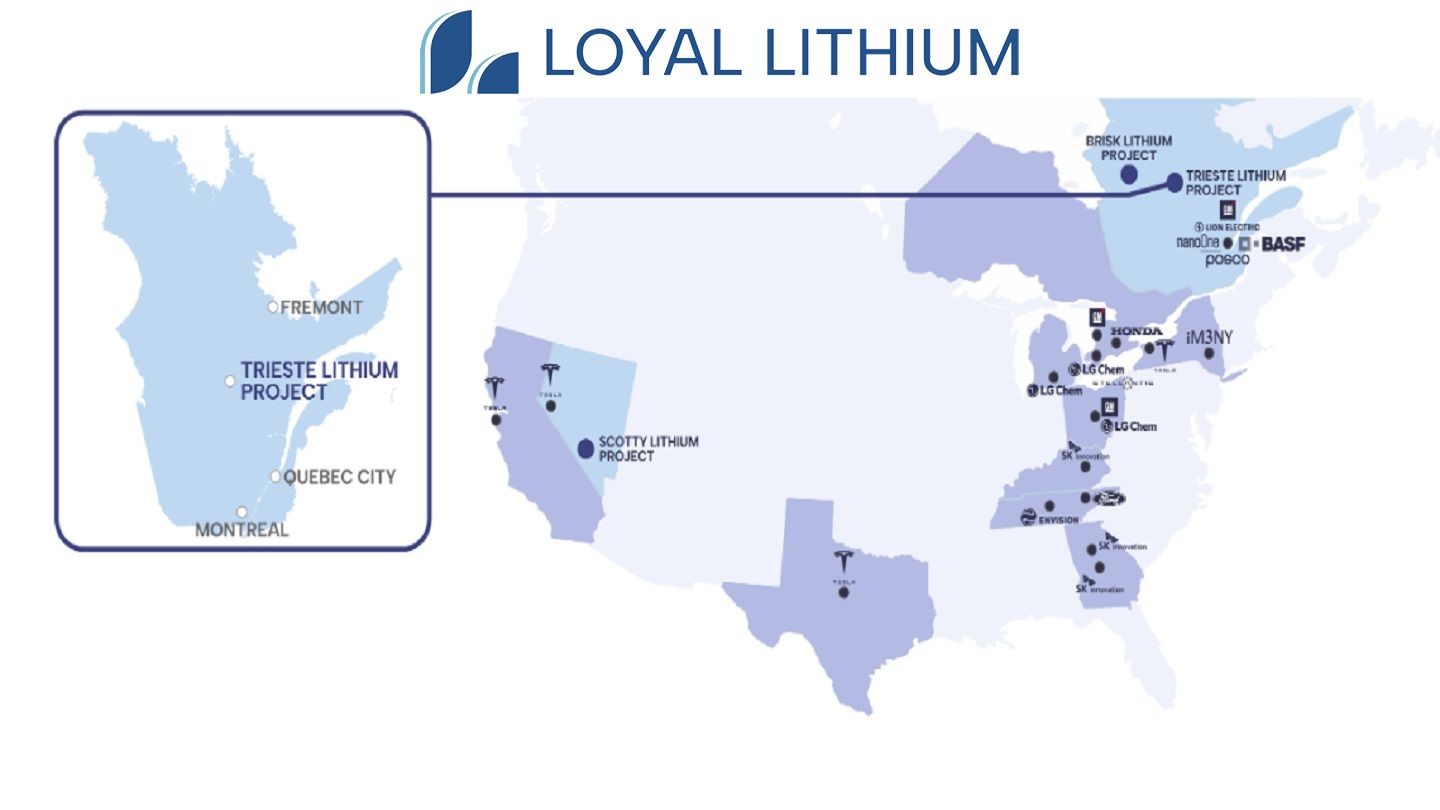 ASX:WR1) Adina Lithium Project, which has recorded 160m of Pegmatite collectively intercepted in drilling below the recently discovered, well mineralised Jamar outcrop at Adina (with rock chips up to 4.89% Li2O2).

"We have continued excitement about Trieste with the approval of these additional claims. We have now secured an incredible 39km long continuous contact zone in the highly prospective Trieste Greenstone belt. Although previously explored for other minerals & metals it has never been explored for Lithium.

"Prior to defining a field exploration program, the team - in consultation with our in country geological partners - will conduct a detailed review of the historical exploration data obtained via the acquisition and staking."

"We look forward to updating investors with insights and next steps."

The project was identified due to its prospective nature for hosting hard-rock, pegmatite-hosted lithium mineralisation. The acquisitions associated with the Trieste Lithium Project combine to connect the eastern extension of the Trieste greenstone belt (7km) with its inferred eastern continuation (32km).

Multiple historically mapped pegmatites exist within the Trieste Project area, with a 180ppm lithium rock chip sample analysed by the Geological Survey of Canada (GSC). The Lithium was contained within a tonalite rock type, 24 km along strike east in the same stratigraphic sequence and location that hosts the Winsome Resources' (

ASX:WR1) Adina Lithium Project, which has recorded 160m of Pegmatite collectively intercepted in drilling below the recently discovered, well mineralised Jamar outcrop at Adina (with rock chips up to 4.89% Li2O2)

The Trieste greenstone belt has a prominent ironstone (magnetite) unit through the central portion of the mafic volcanics and this magnetic feature appears to pinch out to the east but the leading northern edge of the mafics may continue further east as the geological interpretation is based on geophysical data with no mapping points across the eastern LLI claim extension. The new claims cover both known GSC mapped mafic volcanic suite and ironstones, and northern tonalite, granodiorites and gneisses, in the western (central) claim portion and in the east follow a magnetic high with the anomalous lithium sample located where mafic volcanics have not been mapped, but are on an interpreted E-W structure.

Further east the mafic rocks appear again along the interpreted structure and LLI's new claims are across these greenstones with mapped pegmatites having strong indicator minerology.

The Company and Jody Dahrouge (Vendor) entered into an agreement (Agreement) for the Brisk Project (LLI Announcement 18 August 2022) and have amended this contract to consider the 126 Trieste claims with respect to the Deferred Consideration Shares.

The following key terms relate to the additional 43 Claims:

2. Royalty: From Settlement, the Company grants the Vendor (and/or their nominee) a 1.0% net smelter royalty on all minerals recovered from the Mineral Claims (Royalty).

Loyal Lithium Limited (ASX:LLI) is a lithium-led battery minerals and technology company exploring highly prospective targets in the renowned lithium producing areas of the James Bay District of Quebec and the Sarcobatus Flat in Nevada. The Company's North American projects are located in Tier 1 jurisdictions with established lithium exploration and mining operations, and have excellent access to infrastructure. 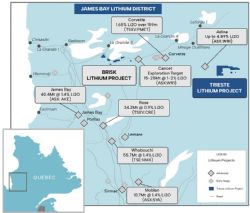 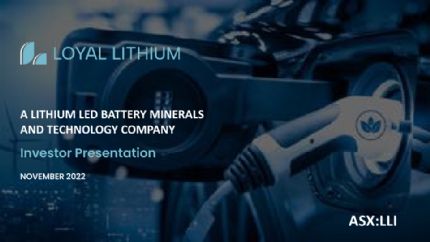