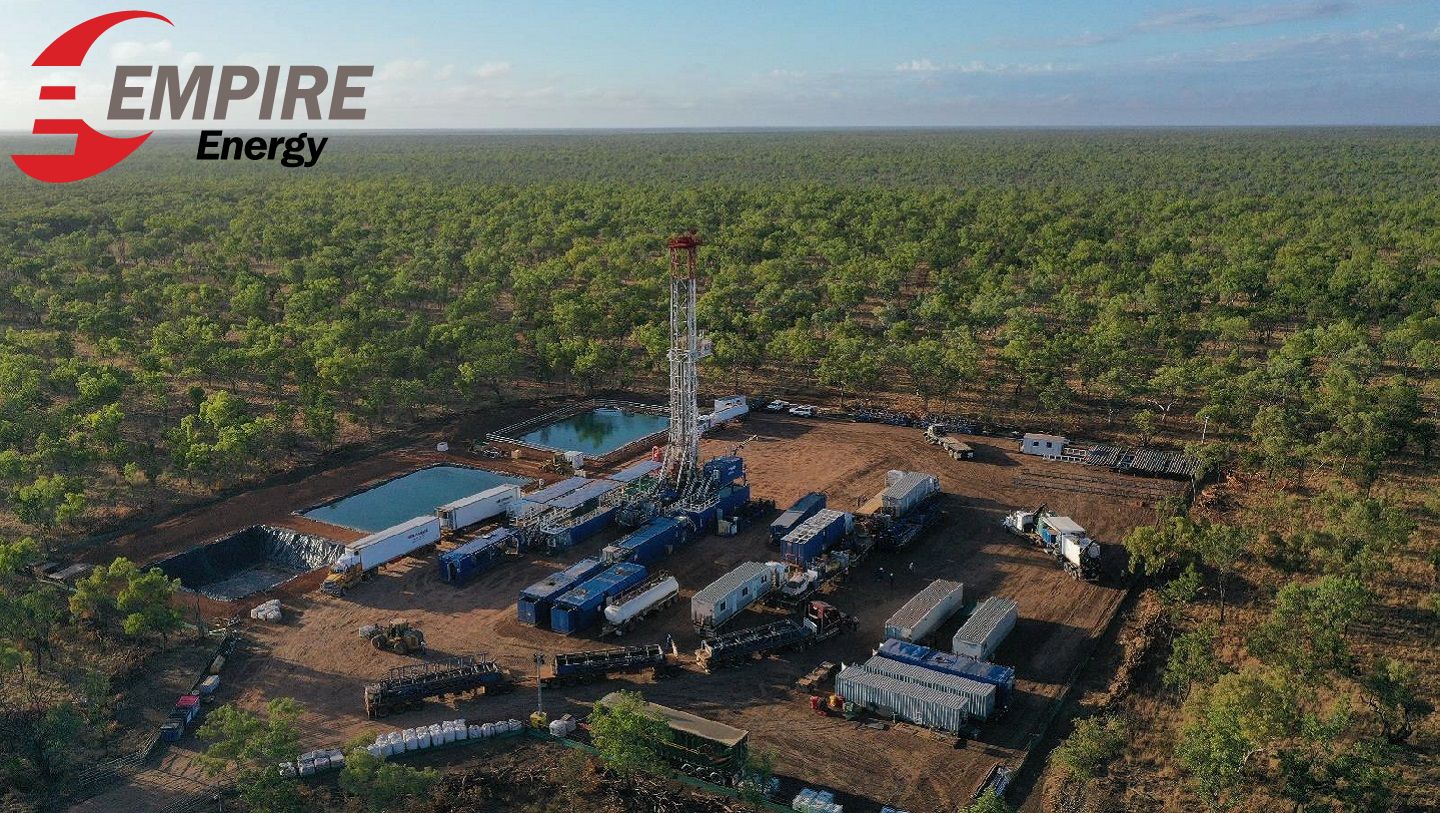 OTCMKTS:EEGUF) is pleased to announce that it has signed a binding Sale and Purchase Agreement with Pangaea (NT) Pty Ltd as trustee of the Pangaea (NT) Unit Trust ("Pangaea" or "Vendor") to acquire Pangaea's Beetaloo Sub-basin portfolio for a combination of cash, ordinary shares and unlisted options in Empire as set out in the attached presentation. Empire is also carrying out a capital raising. Further details about the capital raising will follow in due course.

- Empire to acquire an operated 82.5% interest in five tenements across the Beetaloo Sub-basin onshore Northern Territory

- $5 million cash payable and 140 million Empire shares to be issued to Pangaea upon completion of the transaction. Pangaea will also be issued 8 million unlisted Empire options with an exercise price of $0.70 per share

- The acquisition is subject to Empire shareholder and Northern Territory Government approvals. Completion is expected to occur in June 2021

Comments from Empire Managing Director Alex Underwood: "This acquisition confirms Empire's position as the leading Beetaloo independent. The transaction significantly increases Empire's operated acreage, Prospective Resources and Contingent Resources in this key region. Empire now controls a globally significant gas resource which strengthens our early commercialisation strategies. Pangaea's tenements overlap the Amadeus Gas Pipeline, which in addition to the McArthur River Mine Gas Pipeline that crosses EP187, provides Empire with multiple pathways to market utilising existing infrastructure. We are delighted to welcome Pangaea and Mr Paul Fudge to the Empire shareholder register and to our Board. The development of these resources is crucial to meeting the energy needs of Australia and the Asian region."

Blue Ocean Equities and Morgans Financial are acting as Joint Lead Managers to the capital raising. 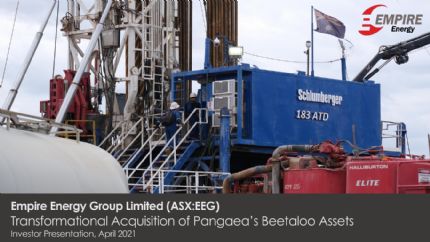