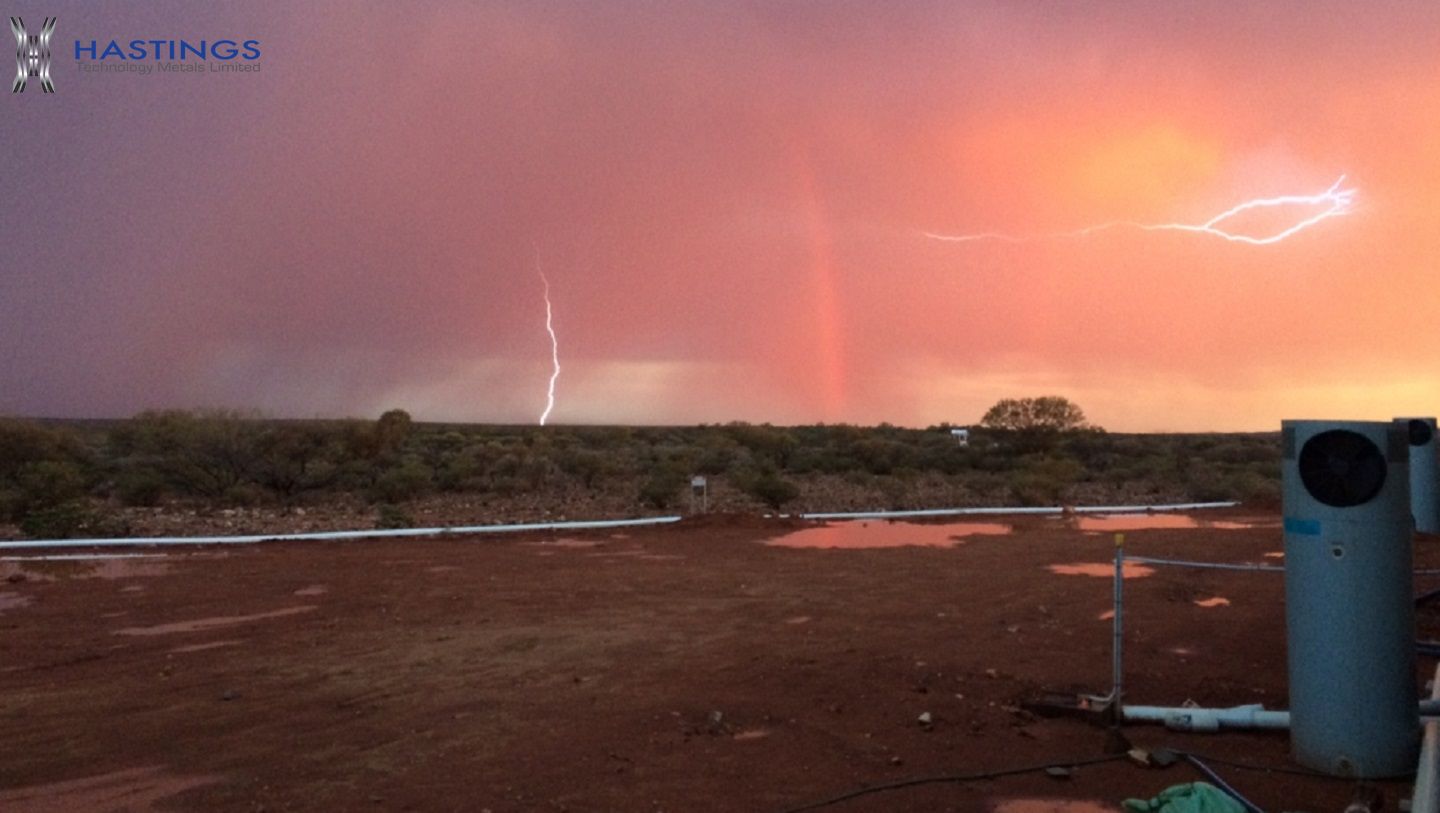 The road map is underpinned by the Federal Government's commitment to leverage Australia's world-leading critical minerals and resources sector to create more jobs and economic opportunities for manufacturing businesses with the release of a new 10-year plan. The release of the road map also coincided with the opening today of applications for the Government's $1.3 billion Modern Manufacturing Initiative (MMI).

As the developer of the Yangibana Rare Earths Project (Yangibana) in Western Australia's Gascoyne region, Hastings applauds the Government's approach towards Australia's world-class rare earths minerals endowment and, in particular, comments from the Minister for Resources, Water and Northern Australia The Hon. Keith Pitt "to bring on new supplies of critical minerals and developing this emerging sector to meet growing global demand".

Hastings is finalising additional offtake deals and advancing on its debt financing, including with the Northern Australia Infrastructure Facility (NAIF). The Company intends to commence early infrastructure activities at the Yangibana mine site in the June 2021 Quarter.

Yangibana's proposed production of 15,000 tonnes per annum of a mixed rare earth carbonate (MREC) is an intermediate product that is sought-after by its German customers to form part of the European supply chain. The Yangibana MREC, when separated, is equivalent to 3,400tpa of neodymium and praseodymium (NdPr), representing approximately 7% of the current global volume of NdPr oxides.

"Australia has a unique natural advantage because of world-class rare earths mineral resources such as the ones at our Yangibana project.

"Hastings' discussions with our German offtake customers underpin Australia's position to play a major role in ensuring a high-quality, stable and secure supply of these critical minerals needed to transition to a clean energy environment.

"The Federal Government's commitment to assisting Australia's rare earths industry deliver on its potential is therefore most welcome."

Hastings is assessing its eligibility to apply for a MMI grant under the Manufacturing Translation Stream and/or Manufacturing Integration Stream, based on Yangibana's scale, the world-class quality of its mineral resource and the jobs and capital investment potential across regional Western Australia.

In the meantime, Hastings is continuing work on Yangibana's Mineral Resource update and finalising the selection of a location on the Pilbara coast to host the Yangibana project's hydrometallurgical process plant.

Hastings has set 29 March 2021 as the date for its Extraordinary General Meeting at which shareholders will be asked to approve the second tranche - $43.5 million - of a $100.7 million equity raising (see ASX announcement dated 22 February 2021). 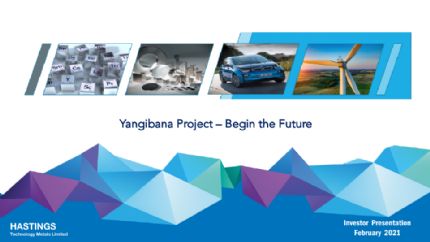