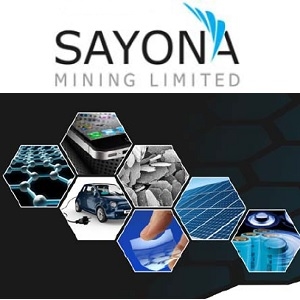 OTCMKTS:DMNXF) announced today a further strengthening of the world-class advisory team concerning its bid for North American Lithium (NAL) in Quebec, with the addition of global independent investment banking advisory firm, Evercore to its financial advisers.

Headquartered in New York City and with offices in London, Toronto and other international financial centres, Evercore has a strong track record of advising corporations, financial sponsors and investors in connection with acquisitions and investments, having advised on billions of dollars of transactions worldwide since its founding in 1995.

Evercore's appointment adds to an already world-class advisory team, which encompasses every aspect of a successful turnaround operation, from operational experience to engineering and environmental know-how, financial and market intelligence as well as former NAL management.

Sayona's Managing Director, Brett Lynch commented: "Having the right partners is crucial to a successful outcome and we are delighted to have in our corner a heavyweight global financial advisory firm such as Evercore.

"We look forward to working closely with Evercore, together with the rest of our world-class advisory team, on our bid for NAL. We are confident of delivering a successful turnaround at NAL to secure jobs and investment and boost Quebec's plans for a clean energy future."

Sayona's bid has the unique competitive advantage of being able to combine lithium produced from the Company's nearby Authier Lithium Project with the lithium at the NAL site, facilitating a significant improvement in plant performance and economics.

The Company's strengthened advisory team follows recent moves by Quebec to cement its position as a leader in the battery materials and energy storage sector, with the appointment by Investissement Quebec (IQ) of Dr Karim Zaghib, an internationally renowned researcher in lithium-ion batteries.

As a strategic adviser to the government investment arm, Dr Zaghib will support IQ in its development strategy for the lithium sector, from the extraction of ore to the production and recycling of batteries, aiming to make the Canadian province a leader in the fast-growing electric vehicle (EV) and energy storage industry.

The Quebec Government has also flagged plans to further support the sector, with its "Green Plan 2030" reportedly set to be unveiled in the Northern Hemisphere autumn. According to a 19 June 2020 report by Radio Canada, the plan includes measures for the electrification of transport, including cars, buses and trucks, together with a development strategy for the battery industry, from mining of battery minerals such as lithium to the production of EVs, benefitting from its hydroelectricity and strategic alliances with other provinces and north-eastern USA.

Sayona's flagship Authier project is progressing towards regulatory approval under the same BAPE pathway and this decision demonstrates the process supports value-adding projects in the battery metals sector.

Meanwhile, Sayona has been informed by the monitor (administrator) of NAL that the bidding process has been further extended to 31 July 2020, amid broader industry restructuring. This includes Nemaska Lithium, which has had its bidding process extended to 10 July 2020 under a court-administered process.

Mr Lynch added: "While regrettable, the extension is understandable given the continuing impact of COVID-19 and the current industry focus on Nemaska Lithium.

"There are major strategic moves underway in Quebec of which NAL is but one piece. We remain confident of a successful bid and engaging with key stakeholders to further advance the province's lithium strategy, aided by our delivery of a successful turnaround at NAL."