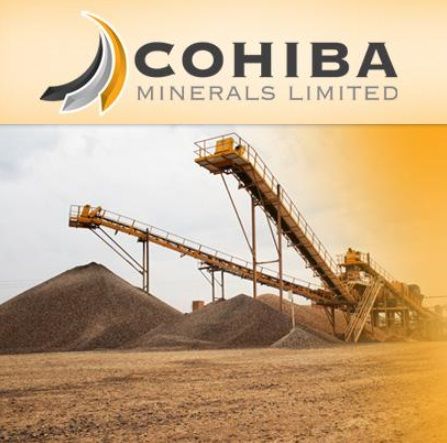 ASX:CHK) is pleased to announce that it has designed an initial 19-hole reverse circulation (RC) drilling program for the Pernatty C area (EL5970) to test for "Mt Gunson style" mineralisation.

- An RC drilling program comprising 19 holes has been designed to test "Mt-Gunson style" mineralisation in the southern and north-western parts of Pernatty C (EL5970).

- An anomalous Zn zone in the north-west area coincident with a magnetic target and within a known structural trend will be drill tested.

- A 3-drill hole program in the north-west part of the Pernatty C area (Figure 3*) where previous work has delineated an area of anomalous zinc (Zn) coincident with a magnetic target and known NW trending structural controls.

The program will comprise approximately 3,800 metres of drilling (19 holes x 200 metres per drill hole) which is deemed to be ample depth to intersect the target zones identified from the recent resistivity/induced polarisation (IP) survey.

The drill holes have been situated to test the strongest soil geochemistry responses whilst also taking into consideration the geophysical data as well as known and interpreted structural controls within the region.

At Mount Gunson, mineralisation occurs close to the surface and mining has taken place at several locations, the most important deposit, in terms of production, being Cattle Grid. Most of the deposits are associated with the Whyalla Sandstone, the only exceptions amongst the deposits named above being MG14 and Gully, where mineralisation occurs in shales of the Tapley Hill Formation.

The known Cover Sequence mineral deposits, Windabout, MG14, Cattle Grid South and Emmie Bluff, are located within the historic Mt Gunson copper mining district. Mt Gunson is the third-largest copperproducing district in South Australia, with approximately 145 Kt of copper (Cu) and 200 Koz of silver (Ag) produced to date. During the major phase of mining between 1974 and 1986 the Cattle Grid (Mt Gunson) mine produced 7.5 Mt @ 1.9% Cu for 127 Kt Cu. Intermittent production has occurred up to the present time.

The target depth at Pernatty C is shallower than 200 metres.

Cohiba's CEO, Andrew Graham says, "Based on the encouraging soil geochemistry and geophysics results from recent exploration programs we are excited at the opportunity to drill test both the southern and northwestern parts of the Pernatty C area.

Current indications are that the target zones are well within 200 metres from the surface and as such we have based the initial program on 19 holes at an average hole depth of 200 metres. The drill holes have been situated to provide maximum coverage over the coincident Cu-Pb-Zn-Co anomalies identified from the previous program of work.

We anticipate that the necessary clearance permits will be in place in the coming week and will provide a further update once the commencement date for drilling is finalised." 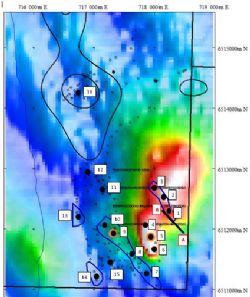 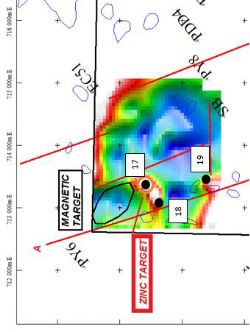