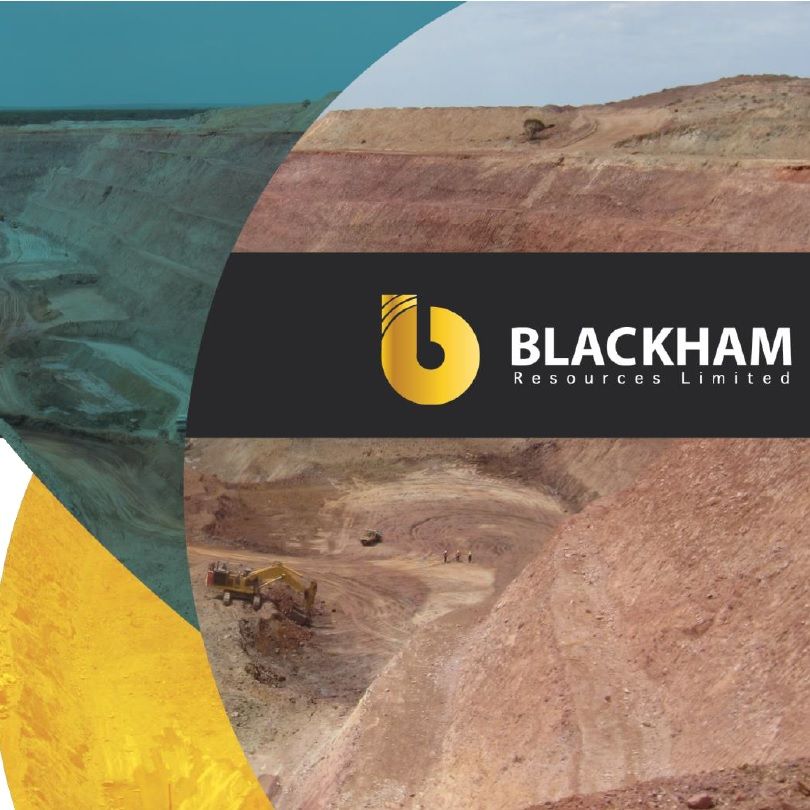 OTCMKTS:BKHRF) is pleased to announce that an updated, indicative term sheet between the company and Mercuria Energy Group ("Mercuria") has been signed providing Blackham with A$21m in the form of a prepaid swap on gold with a supporting hedge facility, and an intention to a further A$40m, for a total of up to A$61m.

-Facility potentially up to A$61 million o Initial pre-pay amount of A$21 million, secured by the Company's assets, with the ability to upsize the facility by an additional A$40 million to support the Company's growth plans

- Updated terms, structure and profiling of prepaid swap aligned to the Company's revised timetable for the capital requirements of the of Stage 1 Sulphide Expansion

- As part of the arrangement, Mercuria will provide the Company with a secured gold hedging facility

The company has received credit approval from Mercuria for the A$21m First Tranche, which is now only conditional upon the finalisation of the usual legal documentation. The additional A$40m will be made available upon further certain conditions being satisfied and is not part of Mercuria's initial credit approval.

The updated terms of the facility, which replaces the initial indicative non-binding term sheet announced on 26 February 2020, better aligns the drawdown of funds to the company's current proposed capital expenditure commitment timeline. The two companies will now prepare all appropriate documents for final execution as swiftly as possible.

The facility gives Blackham the flexibility of drawing a further A$40 million, if required and subject to Mercuria credit approval, to further advance the Stage 1 Expansion. As previously announced, due to COVID-19 issues, the company has delayed the planned construction of the concentrator at Wiluna by six months. Stage 1 Expansion underground mine development and resource to reserve conversion drilling will continue in the meantime to further de-risk the proposed Stage 1 mine plan. The Blackham Board will continue to review the situation and advise of developments.

The Mercuria credit approval to allow the company to access the additional $40 million is contingent on the company further developing and upgrading its Stage 1 Expansion mine plan and financial model. The company's plans have been substantially progressed by a significant drilling programme involving seven rigs drilling on site (five of those rigs are drilling at the Wiluna Mining Centre to assist with the mine planning and resource/reserve conversion), and are expected to be completed by the end of the calendar year. This remaining $40m facility is uncommitted and will be made available subject to Mercuria's approval.

As part of the prepaid swap facility, Blackham have negotiated a favourable, ongoing hedging facility with Mercuria which will see approximately 34,000oz of gold hedged at prevailing spot gold prices over a 12-month period as a condition of the draw down. This hedge facility is welcomed in a time of important cash flow management, high gold prices, as well as developing a longer-term relationship with Mercuria.

Blackham Executive Chairman, Milan Jerkovic, commented "This is an excellent result for Blackham as, along with the A$52 million equity injection early this year, it provides important funding for our Stage 1 Expansion. The ability to upsize the prepay amount by up to an additional A$40 million, and to align this to our revised capital requirement timetable on the Stage 1 Sulphide extension, gives us real flexibility to finish the Stage 1 Expansion and fast track studies for Stage 2.

"We are delighted to be able to enter into an agreement with a global, respected counterparty like Mercuria, and this is extremely positive for the Company and our shareholders, and a great show of support for our growth strategy".

"This initial funding from Mercuria, together with the $52 million equity funding completed last month, allows us to continue to advance our 24 month, five-point strategy which is to;

3. Transition to include gold concentrate production

Established in 2004, Mercuria is one of the four largest privately held commodity traders globally, operating in over 50 countries and with more than 1,200 employees. Founded in Geneva, Switzerland, Mercuria has hubs in London, Dubai, Singapore, Shanghai and Houston.

Wiluna Mining Corporation (ASX:WMX) (OTCMKTS:WMXCF)  is a Perth based, ASX listed gold mining company that controls over 1,600 square kilometres of the Yilgarn Craton in the Northern Goldfields of WA. The Yilgarn Craton has a historic and current gold endowment of over 380 million ounces, making it one of most prolific gold regions in the world. The Company owns 100% of the Wiluna Gold Operation which has a defined resource of 6.4 Moz at a grade of 2.1 g/t Au. In May 2019, a new highly skilled management team took control of the Company with a clear plan to leverage the Wiluna Gold Operation's multi-million-ounce potential. 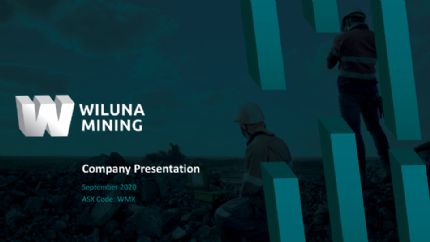