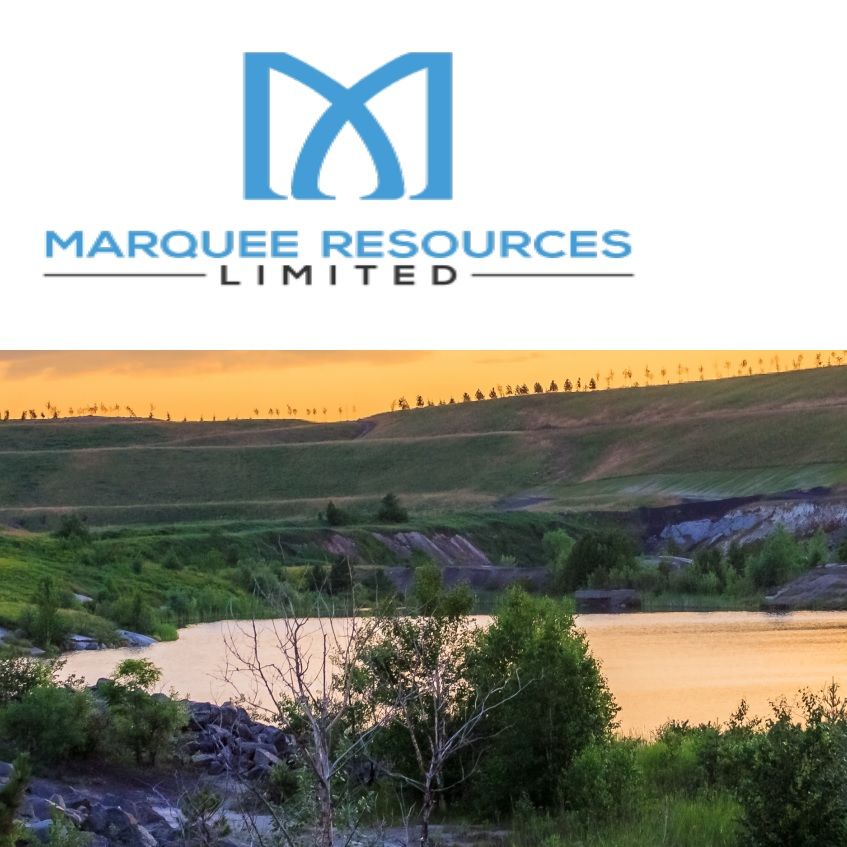 ASX:MQR) drilling program. WL 18-07 is one of the best holes that has ever been drilled at Werner Lake and demonstrates that significant intersections at depth can be made.

Following on from the success of drill hole WL 18-07 during Phase 1, which highlighted an encouraging ~50 metres down dip extension of previous mineralisation, the geological team selected a target drill hole WL 18-11 (the first hole to be drilled in the Phase 2 campaign) in order to test the potential for further mineralisation below WL 18-07.

On the back of the positive results from the Phase 1 drill campaign the decision was made to immediately begin the Phase 2 drill campaign. The Company was particularly encouraged by the results of holes WL 18-12 and WL 18-13 which were some of the deepest holes drilled at the project and indicate that the mineralisation does in fact extend to depth and down plunge as suggested by the previous owners of the project.

Marquee Resources Ltd (ASX:MQR) is a Lithium focused exploration Company who has recently acquired 2 new projects - The Centenario Project in Argentina and the 100% owned Redlings REE Project in Western Australia.

The Centenario Project leases are in a prime location within "The Lithium Triangle" in the mining friendly Salta province. The Leases cover an area of 68km2 in the Centenario Lithium Brine Salar over seven adjoining leases. It is located approximately 165km west of the City of Salta which has an international airport, hotels and other facilities.

The Company will also continue to add value to its existing assets which include the Werner Lake Cobalt Project and the Clayton Valley Lithium Project. 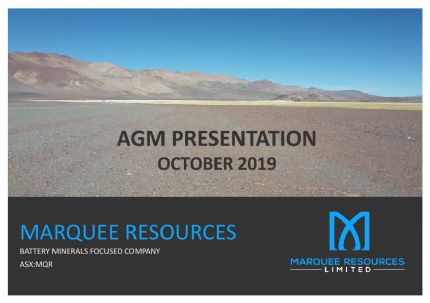 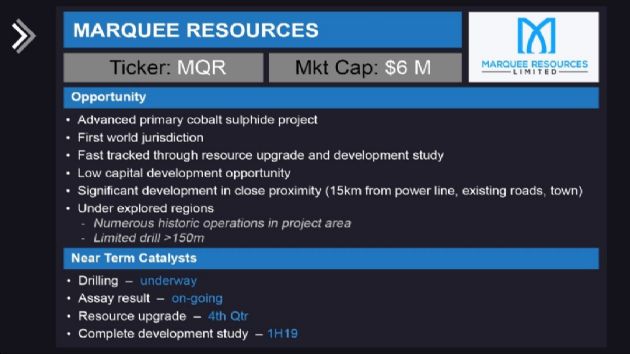