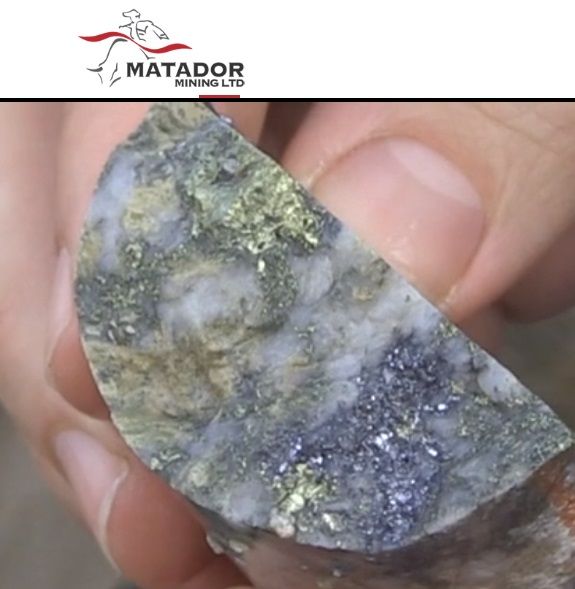 ASX:MZZ) (MZZO) ("Matador" or the "Company") is pleased to announce that it has commenced a development study ("Development Study") to assess the potential for gold production at its 100% owned Cape Ray Project ("Project") in Newfoundland, Canada.

With a substantial Indicated Mineral Resource and significant progress being made with environmental approvals, Cape Ray represents a development opportunity with a short lead time, in the Canadian context, to potential production as early as 2023 (See Table 3 - Development timeline*).

* See Link below for all tables and charts.

The Development Study will assess an open-pit operation, with the majority of ore expected to be sourced from the flagship Central Zone deposit which hosts an indicated resource of 660,000oz at 2.7g/t Au. Other deposits at the Project - Window Glass Hill, Isle Aux Mort and Big Pond - are less than 7kmfrom Central Zone and will be assessed as satellite deposits. Window Glass Hill, the largest of these satellite deposits (134,000oz Au)1 is located only 2km from Central Zone. As high-grade mineralisation utcrops at surface in Central Zone (and Isle Aux Mort), it is expected that pre-strip will be relatively low.

"The aim of the Development Study is to highlight the potential of the current resource to produce 100,000oz Au per annum, it will also determine if a viable platform can be developed that will form the core of the operation and from which future growth can be based.

"A differentiator for the Project is the higher grades at shallower depths (see Table 1) which is fundamentally different to most Australian projects and which we believe will drive lower capital and operating costs.

"With a strong possibility for further discoveries along the Cape Ray Shear (the Company's tenements now cover 80km of the shear), the potential for expanding the resource further supports the current development opportunity.

"The Company has also been working hard behind the scenes to advance the environmental assessment process, with a number of baseline studies already undertaken this year. These studies will be completed next year with the Environmental Impact Statement documentation submitted before the end of 2020 and construction permitting targeted for approval in late 2021.

"With the progress made on the environmental approvals, together with the existing resources, exploration upside and the significant increase in the gold price, the timing is right to commence this Development Study."

The Cape Ray Gold Project has a current resource of 1.02Moz Au at an average grade of 2.2g/t. The resource is spread across four deposits, with Central Zone providing approximately 80% of the resource and containing 660,000oz Au classified in the indicated category. A distinct characteristic of the Cape Ray Project is that at each of the individual deposits, mineralisation not only starts from surface, but in most cases has high-grade material within the upper portion of the resource. This has the potential to benefit an open-pit mining operation, as high-grade material would be mined from the commencement of production, with a favourable pre-strip.

Table 1 below highlights the contained gold resource and grade at each of the four projects at 50m intervals, to a depth of 200m, the likely maximum depth of an open pit operation.

Central Zone consists of four deposits across a strike length of 2.5km. Given its size and classification, the resource at Central Zone is expected to be the core of future development studies. Image 1 below shows a long section of the 04/41 deposit within Central Zone, which contains the majority of mineralisation at this deposit.

The other deposits within the Project - Window Glass Hill, Big Pond and Isle aux Mort - are all relatively close to Central Zone with maximum distances of up to 7km, and most within 5km. Image 2 below highlights the location of each deposit, the resource size1 as well as the distance from Central Zone.

The Window Glass Hill deposit hosts an existing resource of 134,000oz Au grading 1.2g/t Au and is located approximately 2.5km from Central Zone. Unlike Central Zone, where mineralisation is hosted along the Cape Ray Shear or its secondary structures, mineralisation at Window Glass Hill is hosted within a large granitic intrusion, similar to Marathon Resources 4.2Moz Au Valentine Lake project.

Extensions of the granite into nearby stratigraphy are also thought to have a strong control in mineralisation at the eastern and western margins of the Central Zone.

Extension of the Window Glass Hill granite is to the north and parallel to the main lode-style mineralisation at Central Zone. Only a small portion of this area along strike has been drilled, with approximately 2.5km of prospective strike remaining untested. The Company believes there is potential for Window Glass Hill to host a large tonnage, lower grade resource.

There is also strong potential for resource extension at Central Zone past the current 2.5km of strike.

The Company is drill testing a number of structural and geochemical targets to the north as part of the current drill program.

The majority of historical drilling completed at Cape Ray has focused around the known resource areas. This accounts for around 5km of the total 80km of strike. Very little has been completed outside of these areas.

During the current exploration season, drilling will be completed at four regional /greenfield exploration targets. These targets include the following:

- Breccia zone - located to the south of Central Zone and characterised by soil and till anomalies. Mineralisation at this target is outcropping with brecciated meta-sediments and quartz veining near surface.

- Extension to Central Zone - there are two priority targets located approximately 500m and 2km to the north of the current resource at Central Zone. These targets have strong soil samples and are contained within the same structure as the Central Project.

The Company completed a preliminarymetallurgical testwork programat the Project in January 2019. The work completed consisted of cyanide leach tests, gravity recovery testwork as well as flotation testwork. The results showed excellent gold recoveries from both the cyanide (average 96% recovery) and the flotation testwork (average 90% recovery) and were in line with results achieved historically. A summary of the results is shown in Table 2 below.

Activities carried out by the previous owners at the Project have allowedMatador to effectively "pickup" the work well into the process and draw heavily on previous submissions. Thismeans the Company has gained almost two years of initial work, such that submissions to regulators can be targeted for Q3 2020, with Project permitting to follow. Estimated timelines towards construction have therefore been reduced significantly from previous estimations with the Company now looking to execute the project in early 2022 and start production the year after. Table 3 below highlights the key milestones and timeline to production.

The Company is targeting completing the Development Study by Q1 2020. Work is already underway on a number of the key aspects that will form part of this report. Additional and on-going scopes of work required include the following.

- Preliminary mine schedules and mine design

Matador Mining Limited (ASX:MZZ) is a gold exploration company with tenure covering 80km of continuous strike along the highly prospective, yet largely under-explored Cape Ray Shear in Newfoundland, Canada. Within the package is a 14km zone of drilled strike which hosts a JORC resource of 1.02Moz Au (14.25Mt at 2.2g/t Au) The exploration opportunity at Cape Ray is extensive, with only a small portion of the 80km strike drilled, and high-grade gold occurrences observed along trend. The current drilling program is part of a larger-scale exploration and project development plan that is focused on unlocking the value in this considerable package.

Link: To Accelerate Work on a Development Study at Cape Ray