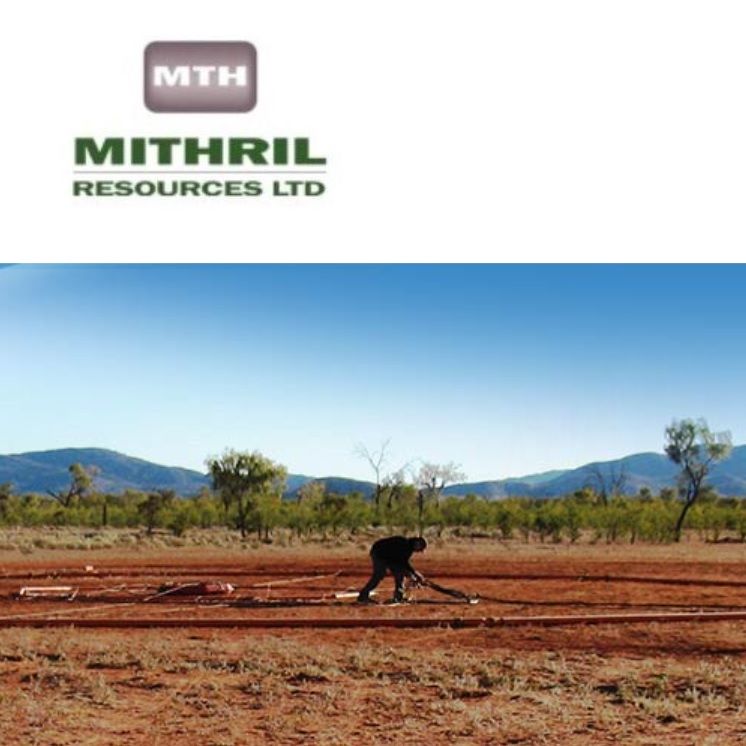 ASX:MTH) advises that it has received formal notification from Chesser Resources Ltd ("Chesser") (

ASX:CHZ) that it intends to withdraw from an existing Farm-In Agreement (effective date - 11 July 2018) on selected tenements at Mithril's Kurnalpi Nickel Project (located 70 kms north east of Kalgoorlie, WA - see Figures 1 and 2 in link below).

From the effective date, Mithril will have 100% management of the entire project which includes over 7 kilometres of a poorly-explored nickel sulphide-bearing ultramafic unit.

Mithril is planning to recommence nickel exploration over the ultramafic in late June / early July 2018.

A Reverse Circulation drilling program (as an initial test of a newly identified off hole EM conductor lying adjacent to nickel sulphide mineralisation) and EM geophysics (to define further drill targets along strike from the EM conductor) are planned (see Figure 3 and ASX Announcement dated 30 May 2018).

Mithril looks forward to updating the market when this work commences.

Mithril Resources Limited (ASX:MTH) is an Australian resources company whose objective is the creation of shareholder wealth through the discovery of mineral deposits.

The Company and its exploration partners are actively exploring throughout the Kalgoorlie, West Kimberley and Murchison Districts of Western Australia for economic nickel, copper, zinc, and vanadium deposits.

In the Kalgoorlie District, Mithril is exploring for nickel on the Kurnalpi, Lignum Dam and North Scotia Projects which lie along strike from, or adjacent to previously mined high-grade nickel at the Silver Swan and Scotia Nickel Deposits.

In the West Kimberley, Mithril is exploring for zinc on the Billy Hills Project which lies adjacent to the previously mined Pillara Zinc Deposit.

In the Murchison, Mithril is exploring for copper, nickel and zinc mineralisation on the Nanadie Well Project and for copper, silver, zinc and lead on the Bangemall Base Metal Project. Mithril's exploration partner – Monax Mining Ltd is also exploring for vanadium on the Limestone Well tenements. 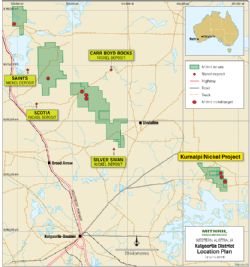