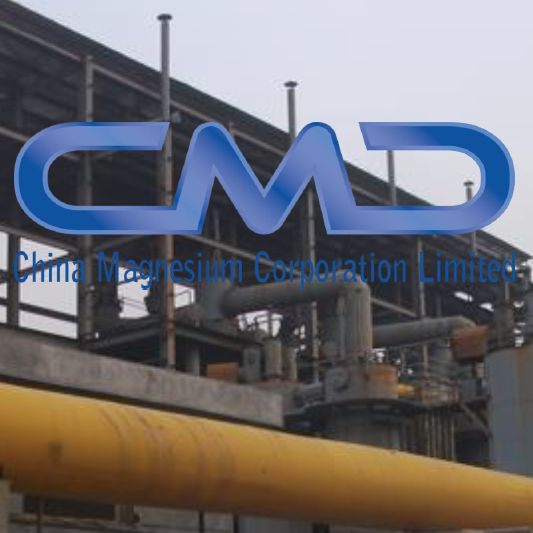 ASX:CMC) ("CMC" or "the Company") advises that it has formed the project company ("CMC Lithium") for its Greenbushes Lithium project and agreed to assign its rights in the project to CMC Lithium.

- Greenbushes Lithium project company formed, including assignment of rights in the project to the new company.

- Key milestone for securing the balance of RMB 5.25 million (~A$1m) in funding for the Greenbushes project.

- E 70/4845 has been granted its exploration license, together with consent to deal in the tenement being received from the Department of Mines and Petroleum.

CMC has now satisfied all key milestones it is required to meet under the framework agreement prior to SMH injecting of the balance of its agreed RMB 5.25 million (~A$1m) in funding.

SMH arrived in WA on the 29th November to meet with CMC's executive director Liang Xinping and CMC's corporate adviser Damien Kelly from Western Tiger to progress completion of formal agreements and finalise exploration plans The project tenements are located in the world-class Greenbushes area of Western Australia, home to the world's largest hard rock lithium mine, and are considered prospective for large, pegmatite-hosted lithium and tantalum deposits.

The tenements were selected by CMC due to their close proximity to Greenbushes mine and the very limited historical exploration for lithium over the application area.

E 70/4845, has now been granted its exploration license, together with consent to deal in the tenement being received from the Department of Mines and Petroleum.

E 70/4846 is also well advanced, and is expected to be granted its exploration license shortly.

CMC managing director, Mr Tom Blackhurst, said that CMC has been fortunate to have secured tenure in a highly prospective area, where opportunities are increasingly rare, together with a strategic joint venture partner of SMH's calibre.

"SMH have recognized the obvious potential of our Greenbushes project, and were chosen to be our strategic joint venture partner because of their strong technical and financial capabilities in the lithium space.

"This is a low-risk, low-cost opportunity which CMC has secured using its extensive networks and relationships within China and Australia," said Mr Blackhurst.

The Greenbushes area was first discovered as a resource of alluvial tin in the late 19th century.

Subsequently, the source of the tin was recognised to be a series of pegmatites, which also contain tantalite (tantalum) and spodumene (lithium-rich mineral); the Greenbushes pegmatites belong to the Lithium-Caesium-Tantalum family. The modern Greenbushes Talison hard rock mine was established in 1983, initially focused on tantalum production, however the primary sales product is now lithium. Talison was taken over by Chinese lithium producer Chengdu Tianqi in 2012.

CMC Lithium's Greenbushes project comprises two tenements E 70/4845 and E 70/4846 ("Tenements"). The south west corner of E 70/4846 is only 2 km from the eastern boundary of one of the mining leases owned by Tianqi/Talison, owners of the world's largest hard rock lithium mine located 9 km to the south west. E 70/4845 is located 13 km to the west of the Talison mine. The Tenements cover approximately 74 km2 in total.

The Tenements are considered prospective for pegmatite-hosted lithium and tantalum deposits, being situated in the same geological terrane near to the world's largest spodumene mine at Greenbushes. The Tenements were selected by CMC due to their close proximity to Greenbushes mine and the very limited historical exploration for lithium over the application area. CMC has been fortunate to have secured rights to such ground in an area known for its world-class lithium potential, when opportunities for new tenement applications are increasingly rare.

Further details in respect of the Greenbushes project, SMH, the funding and framework agreement with SMH, the proposed exploration strategy and the proposed CMC Lithium team are set out in CMC's announcement dated 29 September 2016.

CMC remains focussed on becoming a large, low cost, integrated producer of magnesium, semi coke, tar oil and other industrial products, but we will continue to take advantage of any synergistic or value-adding opportunities as they present themselves. The securing of this Greenbushes project, introduced through our Australian network, and funded via our Chinese network, is just an example of this.

The A$1 million in funding from SMH is in addition to CMC's recent $2m rights issue, which closed on 23 November and will be fully subscribed once underwriting commitments are received.

For further information (in relation to the Greenbushes Lithium Project only), please contact: 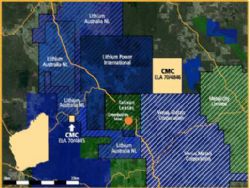