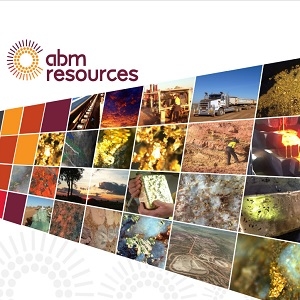 ASX:ABU) advises that Board and management changes have been implemented as part of a broader restructuring that will ultimately result in a smaller, lower cost Board with particular experience relevant to the Company's repositioning as an active exploration company.

The Company's Non-executive Chairman of over six years, Dr Mike Etheridge, has retired from the Board effective 8 March 2016. Concurrently, Mr Brett Lambert, formerly Interim Chief Executive Officer, was appointed to the Board as Managing Director.

As part of the process to restructure the Board, Ms Susie Corlett has been appointed as a Non-executive Director of the Company. Susie has over 20 years' experience in the mineral resources sector across mining, exploration, financing and investment, including as a geologist with RGC Limited and Goldfields Limited. Susie holds a Bachelor of Science (Honours) degree in Geology from the University of Melbourne and is currently a Principal at Pacific Road Capital Management Pty Ltd.

The search for a new independent Non-executive Chairman is well advanced and is expected to be completed in the near term. In the interim, Non-executive director, Mr Richard Procter, will act as Chairman. Both Richard and current Non-executive Director, Dr Helen Garnett, have indicated their intention to resign from the Board upon the appointment of a new Chairman and the completion of a planned capital raising.

The Board extends its sincere gratitude to outgoing Chairman Mike Etheridge for the significant effort and commitment he has put into the Company over the period of his tenure with ABM, and wishes him everything of the best for the future.

Link: Board and Management Changes