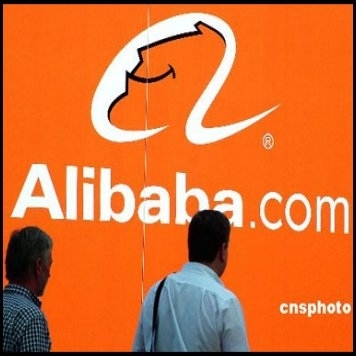 NASDAQ:COST), America's leading membership-only warehouse club that provides a wide range of quality, brand name merchandise, today announced it will enter China for the first time through the opening of an online flagship store on Alibaba Group's (

Costco's online store launch (costco.tmall.hk) extends their product offering to consumers in mainland China for the first time. Initially, Costco's online store will provide a range of products including food and healthcare product listings at highly competitive prices, and as well as Costco's private-label Kirkland Signature products, a line of products that provide a perfect combination of quality and price to members every day.

Alibaba Group's Chief Operating Officer, Daniel Zhang said, "On behalf of Chinese consumers and our innovative Tmall Global platform, I would like to extend a warm welcome to Costco. This important partnership will help give Chinese consumers a better shopping experience, and will enable us to better support the expansion of cross-border retail sales of consumer goods into China."

Through Costco's thorough analysis of Chinese consumers and Alibaba's expertise in big data, Costco will carefully select the most suitable products and brands for its consumers in China at highly attractive prices.

ABOUT Tmall.com Tmall.com (www.tmall.com) is dedicated to providing a first-class shopping experience for increasingly sophisticated Chinese consumers in search of top-quality branded merchandise. It was launched in April 2008 as part of Taobao Marketplace and became an independent platform in June 2011. Thousands of international and Chinese brands and retail merchants have established storefronts on Tmall.com. According to iResearch, Tmall.com was the largest B2C online retail platform in China based on the value of goods transacted as of September 2013. Tmall.com is a business within Alibaba Group.

Costco Wholesale Corporation operates an international chain of membership warehouses, under the "Costco Wholesale" name, that carry quality, brand name merchandise at substantially lower prices than are typically found at conventional wholesale or retail sources. Costco's first location, opened in 1976 under the Price Club name. Costco became the first company ever to grow from zero to $3 billion in sales in less than six years. In 1995, Costco created the Kirkland Signature™ label, named after the city of Kirkland, Washington, where the Home Office was located at the time. Today Kirkland Signature™ is one of the most powerful private labels brands in America and appears on about 20 percent of the products you find at Costco. On 30th August, 1999, the Corporation changed its name to Costco Wholesale Corporation, which currently trades on the NASDAQ under the symbol 'COST'. Since resuming the Costco name in 1997, the company has grown worldwide with total annual sales exceeding $110 billion as of September 2014.

According to Deloitte's, Global Powers of Retailing 2014, Costco is the 2nd largest retailer in the United States. Costco's Home Office is located in Issaquah, Washington.