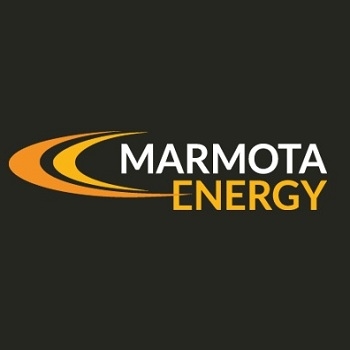 Assay results have been received from the remaining 25 holes containing high grades of copper which complement the previously announced high grade copper results from the first four drill holes (see ASX announcement dated April 1). These results show that a strong zone of high grade copper mineralisation extends for approximately 1 km trending in a northeast - southwest orientation and is approximately 750 metres wide (Figure 1). The mineralisation is open in all directions. These results reinforce the significance of the new copper discovery at the Champion prospect.

Outstanding assay grades received for multiple holes include (See table1 in link below):

The Phase 1 aircore drilling program at West Melton was designed to give initial broad spaced coverage of this untested area. Drill holes tested a variety of anomaly characteristics based on geophysical and calcrete geochemical results. Holes drilled at broad spacings over significant strike have intercepted significant copper and anomalous gold mineralisation.

Since the drilling, detailed logging of drill hole samples has been undertaken, and mineralisation now logged in a number of the holes drilled in this Phase 1 program. Malachite (See Figure 3 in link below) and the primary sulphides pyrite and chalcopyrite have been observed in these drill holes. Up to 43 metres of sulphides are logged in drill hole WMAC011 with the hole ending in sulphides.

Nineteen drillholes intercepted copper mineralisation grading greater than 0.1% Cu (See Figure 1 in link below). Eight holes intercepted significant grades of copper from just below the surface, and four drill holes ended in copper mineralisation (See Table 1 in link below). Intercepts of anomalous gold along with other vectoring elements (As, Ag, Fe) have also been confirmed within the mineralised system at Champion. Initial assessment of the lithologies encountered, appear to be broadly metasediments of the Wandearah Formation, with minor occurrences of felsic and mafic intrusives. The Wandhearah Formation hosts copper and gold mineralisation at the Wallaroo mines. Weathered basement was encountered in all drillholes from depths as shallow as 2m.

Although deeply weathered rocks (saprolite) are encountered elsewhere on Yorke Peninsula, they are not common at the Champion prospect, with relatively fresh basement lithologies as shallow as 5m. The copper mineralisation, predominantly malachite, occurs within the weakly oxidised metasediments, but is not found within the saprolite (weathered basement) units as is common elsewhere. Chalcopyrite was also identified within seven of the holes drilled.

Next Phase of Exploration

Analysis of the Phase 1 results is continuing and will be used to plan a follow up drilling program at the Champion prospect, along with exploration at other copper in-calcrete targets identified on the West Melton tenement. The significant distances between holes that have intercepted mineralisation offer excellent scope to grow the Champion discovery and find additional high grade zones. Infill and step out holes are being planned to establish the extent and disposition of mineralisation at the Champion prospect and test other undrilled coincident geochemical and geophysical targets.

High quality calcrete samples collected for laboratory assay were critical in targeting of Phase 1 drill holes at the Champion prospect. Re-examination of the regional scale calcrete data that Marmota has acquired over the West Melton (MEU: 100% of all minerals) and adjoining Melton tenement (MEU: 75% of all minerals) holdings has identified additional target areas worthy of low impact follow up.

The same exploration method that has provided success at the Champion prospect is planned across other priority target areas on West Melton. Additional infill exploration is also being considered for the eastern side of the Pine Point Fault on the Melton tenement, which hosts copper-gold mineralisation elsewhere along the fault. This will include low cost infill calcrete sampling along with ground magnetic surveys to help define drill targets.

The Olympic Province hosts the three most significant copper discoveries in the past 10 years in Australia including Prominent Hill, Carrapateena and Hillside (in terms of total contained resource).

In addition to these discoveries, the Olympic Dam resource has grown significantly by 48 Mt of contained copper in the past ten years - more than the aggregate of all significant Australian copper discoveries in that time. The Melton projects are strategically located on Yorke Peninsula in South Australia, less than 200 km from Adelaide, with good access to infrastructure which includes road and ports. The Melton projects also cover the northern extension of the Pine Point Fault and contain a number of discrete magnetic and gravity features consistent with copper-gold mineralisation elsewhere along the fault. 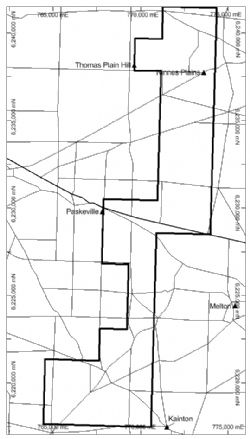 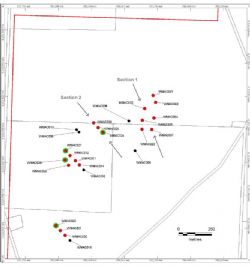 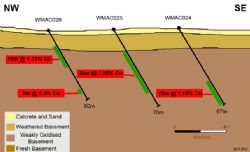 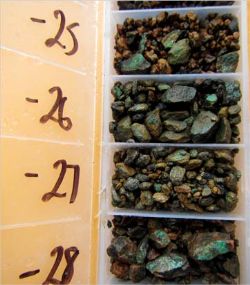 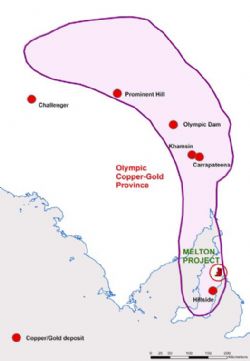