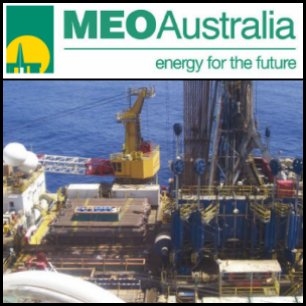 ASX:MEO) (OTC:MEOAY) provides the following update in relation to the G2/48 Concession in the Gulf of Thailand where it holds a 50% participating interest (through its wholly owned subsidiary Rayong Offshore Exploration Limited).

MEO has completed its initial assessment of key prospects and plays in the concession post drilling of Sainampueng-1 in December 2012. The assessment has taken into account the thicker Oligocene section encountered in Sainampueng-1 which has the potential for a better than expected reservoir and interbedded oil prone source in the basin. This, together with the post drill re-mapping of the horizons has significantly increased the size of the Tertiary age prospects.

In addition to this, a new pre-Tertiary age play has been identified in the basin which is analogous to proven fields elsewhere in the Gulf of Thailand. Both of these plays can be readily advanced to drillable prospect status with existing 3D seismic data.

The estimated prospective resources for several of the objectives in the concession are summarised in the table below:
* Best Estimate per PRMS Guidelines, subject to risk of discovery and risk of development.

The G2/48 Concession is located in the shallow water northern Gulf of Thailand. G2/48 has an area of 4,720 km2 and is held 50% and operated by Mubadala Petroleum and 50% by Rayong Offshore Exploration Ltd (a subsidiary of MEO Australia). In January 2013 the G2/48 Concession entered the 3rd obligation period which continues until January 2016.

The participants have identified two attractive plays; a Tertiary structural play with four main features with combined unrisked potential in excess of 100mmstb which are analogous to nearby oil fields and a trend of very large potential pre-Tertiary leads. Both of these plays can be readily advanced to drillable prospect status with the existing 3D seismic data for drilling in 2014. MEO is offering interested parties the opportunity to acquire up to 25% in G2/48 in return for a promoted carry on 2014 drilling plus a contribution towards back costs. Additional equity may be available. 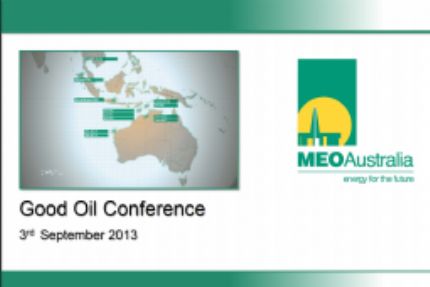