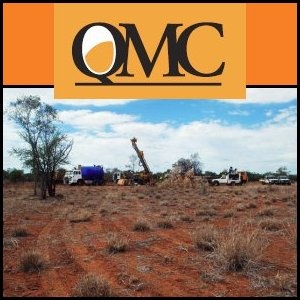 ASX:QMN) are pleased to provide the Chairman - David Usasz's address to shareholders at the Company's Extraordinary General Meeting held 22 June 2012.

In February 2012 QMC welcomed Great Tang Brothers Resource Investment Pty Ltd ("Great Tang Brothers) as a new cornerstone investor of the Company when they invested over $4.3 million by way of a placement at a significant premium to the then share price of QMC.

The principal purpose of the placement was to fund the White Range feasibility study, including further drilling at key White Range deposits.

Mr Bob Besley, a representative of Great Tang Brothers, has joined the Board and brings his experience as a mining geologist to QMC. Bob's expertise compliments the skill set of the Board.

Cathie Wu, CEO of Great Tang Brothers, has also been appointed an alternate director to Bob Besley. In addition to the injection of capital, Great Tang Brothers have indicated a willingness to contribute their experience and expertise in mining and processing as we move towards production.

Further, the directors have approved a Company Executive and Employee Option Share Plan which is subject to shareholder approval. This plan is standard practice for publically listed companies.

The Board has circulated to all shareholders an update as to current issues as at 18 May 2012 which I would recommend to shareholders.

By way of update, as stated in my report at the AGM in November 2011, QMC's objectives over the next 12 months was focused on the White Range Project and in seeking to leverage its position through commercial arrangements with third parties. I am pleased to report on the significant developments in these objectives over the past 6 to 7 months.

Calder Maloney has been appointed as the consulting engineers and project study managers for the White Range feasibility study. We have constituted an internal senior management team under the interim project management of Dr Jon Gilligan to work with Calder Maloney and the other third party advisers retained to provide critical input into the feasibility study. Further, Doug McLean has been engaged as the resource development manager to the project.

Calder Maloney is well advanced in completing Phase 1 of their retainer. They have had a site visit to White Range to evaluate options for plant location, mine design and infrastructure requirements and access routes for haulage, power and water.

Another important development has been the announcement of the 3 transactions with Ivanhoe, one of our neighbours in the Cloncurry district. In particular, the Young Australian agreement is potentially very significant for the White Range Project in 2 respects. Firstly, it enables QMC additional land to open up mining its JORC resource on the Young Australian mining lease. Further, there is real potential to increase the JORC resource as the ore body extends at depth and along strike into the Ivanhoe EPM which QMC now has rights to explore and apply for a mining lease.

The Young Australian was not included in the original Matrix BFS and this agreement with Ivanhoe may positively impact on the current White Range feasibility study.
The Company is also well advanced in its 2012 drilling program. Drilling has recently been completed at Toby Barty and Desolation and will be finished at Surprise shortly.

A metallurgical and exploration program has been designed for Greenmount as part of the White Range feasibility study and will commence in the next few days. Further, following the Ivanhoe transaction, the Company is finalizing a drill program at the Young Australian which is planned for the second half of this season.

As outlined above, there has been considerable developments by the Board and senior management since the AGM in progressing the key initiatives of the Company and I would like to express my thanks to Howard Renshaw, the Managing Director, his senior management team and the entire staff at QMC both in the Sydney head office and on site in Cloncurry for their continued hard work and dedication. The Board remains confident that this hard work will ultimately be reflected in the undoubted value of the Company to our loyal shareholders. In this respect I would like to acknowledge the support of all our shareholders. 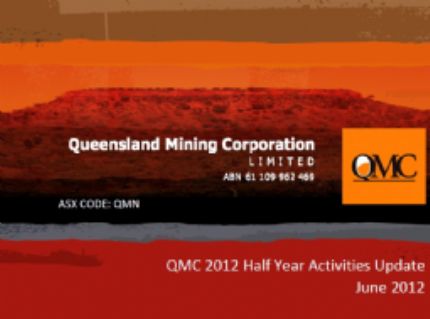 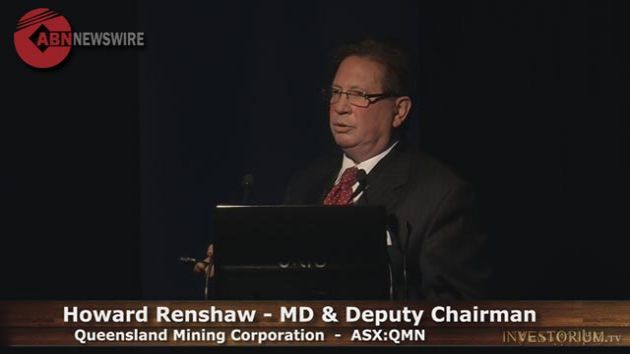 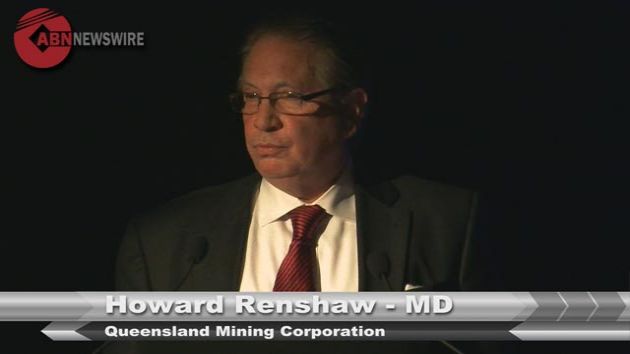