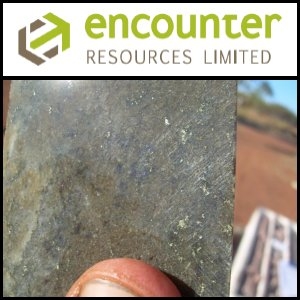 ASX:ENR) provides an update on a number of significant recent advances made at the BM1 and T4 prospects at the Yeneena project in Western Australia. The RC drill program completed in July 2011 at the BM1 Northern Area has extended the area of near surface, high grade copper to over 500m in strike. Additional high grade copper intersections were returned including 26m at 1.8% Cu and 8m at 1.0% Cu. Second diamond rig is planned to commence drilling in September 2011.

ASX:CRC) said today that the NSW Planning Assessment Commission has approved the Company's application to develop its flagship Dargues Reef Gold Mine in NSW. Construction is set to commence in Q1 of 2012 with first production targeted by year-end 2012. Initial average 50,000oz per annum gold production is expected to generate free cash flow of about A$160M.

ASX:CAY) has received further shallow high grade gold results from its Tonbody Project in Burkina Faso. Wide gold intercepts were returned from the southern end of the drilling program, confirming the continuity of mineralisation over 2.5km of strike length that remains open to both the north and south, and at depth. Follow up drilling to test strike extent and potential at depth is now being planned to commence in coming months.

BOM:532555) has signed a Joint Venture Agreement with Ceylon Electricity Board for setting up a 500 megawatt coal based power station in the Eastern Province of Sri Lanka. A Joint Venture Company would be incorporated in Sri Lanka, with equal equity (50:50) contributions by both companies, for implementation of the power project. 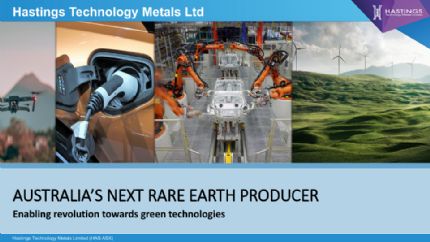