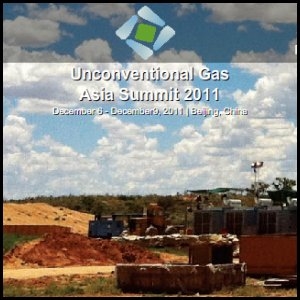 SZ&W Group to Present Unconventional Gas Asia Summit 2011 on December 6-9, Beijing
Shanghai, Aug 9, 2011 AEST (ABN Newswire) - Several years ago, unconventional gas is the emerging resource, but presently it is becoming the tendency in the global energy market. Developing unconventional gas will reduce the dependency of fossil energy and vary the energy consumption structure. Unconventional gas resource are expected to dedicate the future of energy sector across global, including Asia. Many international operators are attracted by the big potential market and get ready to explore Asian market. In Asia, Indonesia and India are the pioneer countries to explore and utilize unconventional gas, not only abundant of gas resources but also the flexible government regulation. How to deal with the huge demand and government regulation is the main issue for Asia countries, specifically for China. Currently, China's government open several shale gas blocks to tender, so there are many international companies interesting to enter China's market. In China's 12th Five-Year Plan, the government will encourage the unconventional gas exploration and utilization. There is new energy booming in China market.

China as the world's biggest energy consumer faces the energy issue. In 2011, 12th Five-Year Plan, China's government will build up flexible the political environment to attract more entrants to developing unconventional gas resource. The flexible regulatory environment and abundant reserves, China as the world's third-largest reserves of CBM, estimated at 36.8 trillion cubic meters, will meet the booming of unconventional gas.

2nd Unconventional Gas Asia Summit 2011, which will be held on Dec 6th-9th, 2011, Beijing, China, is the international event focusing on Asia market including the policy changing, technical innovation and the project updating.

Hear the latest views and forecasts from key industry speakers from along the entire value chain, Speaker under prior consideration:

On behalf of the organizing committee, we would like to invite you and other senior executives to attend the 2nd Unconventional Gas Asia Summit. With your attendance in UGAS we believe it will bring up the profile of your firm in the unconventional gas industry and probably bring more potential business to your company.

SZ&W Group is one of the leading B2B companies in China, specialized in organizing top-level professional conferences, events or forums around the world, serving clients from various industries, especially in energy, healthcare, pharmaceuticals, and water etc.