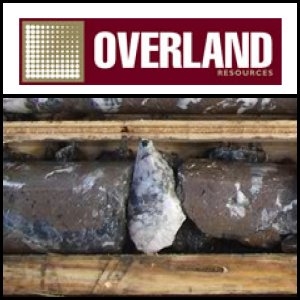 ASX:OVR) is very pleased to announce that it has secured an exclusive option to acquire a 100% interest in 22 Crown Granted claims, covering 782 hectares, that comprise the Anyox Copper Project in northern British Columbia, Canada. These claims encompass and include the former Hidden Creek Copper Mine.

Between 1914 and 1935 Granby Mining, Smelting and Power Company operated the Hidden Creek Mine together with a smelter at the Project. During this period 21.8 million tonnes of ore was mined at an average grade of 1.57% Cu, 0.17g/t Au and 9.5 g/t Ag. Infrastructure included a shallow underground mine, a smelter and port facilities.

Only limited modern exploration has been undertaken since the closure of the mine in 1935. Cominco (now Teck (

NYSE:TCK)) acquired the project in 1936, shortly after mining ceased and retained ownership until 1990.

Over this period Cominco undertook several phases of sporadic exploration on the greater Anyox Project Area including EM and IP geophysical surveys, geochemical and geological mapping and more than 90 drill holes for approximately 21,000 metres. This work resulted in the discovery of several new zones of mineralisation beneath ore body #1 at the Hidden Creek Mine in 1982.

More than 600 drill holes have shown mineralisation at the Anyox Copper Project to occur in eight distinct massive sulphide bodies within a surrounding vein stockwork that contains disseminated sulphides.

Significant exploration potential remains elsewhere on the Project. There are numerous other prospects where mineralisation has been identified. These include the North Hidden Creek showing, located 300 metres north of the former mine, where Cominco reported an intersection of 6.1 metres at 2.5% Cu, 1.7g/t Au and 99.4 g/t Ag in drilling in 1982. Numerous other prospects remain to be systematically evaluated.

Regionally the area is extremely well mineralised, hosting numerous precious and base metal deposits. Past operating mines in the region include Eskay Creek (Au), Granduc (Cu) and Kitsalt (Mo).

Overland Resources Limited has exercised an exclusive option to acquire 100% of the Anyox Copper Project. The Company has 60 days to complete due diligence and to prepare a definitive agreement. In order to proceed with the acquisition of the Project, the Company will then be required to make payments and to meet expenditure commitments as summarised in Table 1 (see link at the bottom of the release).

The Company will have the right to accelerate any of the payments or expenditures, and expenditure in excess of the minimum in any period will be credited to the subsequent period(s).

Upon Overland Resources earning a 100% interest in the Project the vendors will retain a 1.5% NSR royalty, which shall escalate to 2.5% in the event copper prices rise above US$5.00/lb. Overland may, at any time within 5 years of the date of commencement of commercial production, acquire the NSR by paying the vendors A$8,000,000.

Should Overland Resources submit an application for a mine permit the Company will be required to make an additional payment of CAD$3,000,000 to the vendors.

Overland Resources Limited is an Australian Stock Exchange listed minerals exploration and development company with a focus on base metals projects in western Canada. The Company's primary objective is to deliver long-term shareholder value by rapidly becoming a mid-tier resource company.

The Company's core asset is the Yukon Base Metal Project, which includes the shallow, high grade Andrew and Darcy Zinc Deposits in the highly prospective and under explored Selwyn Basin of the Yukon Territory, Canada.

The acquisition of the Anyox Copper Project is an exciting addition to the Company's portfolio. The Project hosts a large, high-grade past producing mine that has been underexplored since it closed in 1935. The Anyox Copper Project compliments the Company's Yukon Base Metal Project by providing an additional advanced stage exploration project, in a diversified commodity, that has considerable potential to also be advanced towards production.

The Company is well positioned to draw upon the experience and talent of its existing exploration and development team in order to concurrently advance the Anyox Copper Project while it advances the Yukon Base Metal Project through the mine permitting process.

Work is well advanced on the technical, economic and environmental components of a feasibility study into the development of the Yukon Base Metal Project. The Company is aiming to submit a mine permitting proposal to the executive committee of Yukon Environment and Socio-economic Assessment Board (YESAB) at the end of 2011.

For the complete Overland Resources Limited announcement including figures, please refer to the following link:
http://media.abnnewswire.net/media/en/docs/ASX-OVR-551860.pdf

The Company seeks to consolidate their position in Canada by securing additional Base Metal and Nickel projects to add to the Company’s strong portfolio of exploration and development projects. 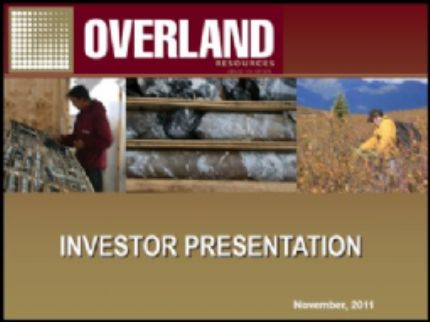 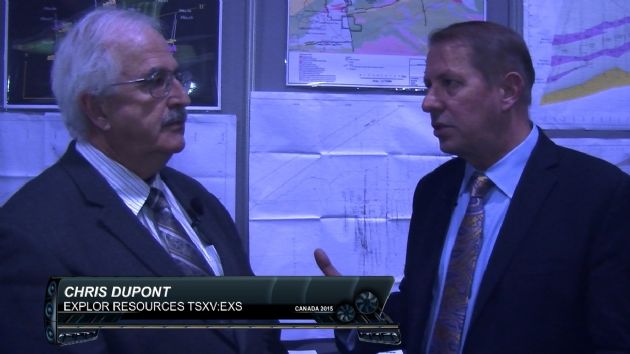