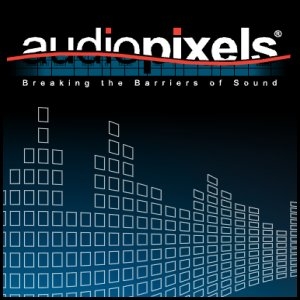 PINK:ADPXY) is pleased to announce that it has signed a Joint Development Agreement with Sony Corporation (

NYSE:SNE) of Japan for the development of its patented low cost micro-electro mechanical ("MEMS") digital speakers.

Sony Corporation is one of the world's foremost consumer electronic and semiconductor conglomerates. As previously announced the joint development partner, Sony Corporation is funding the majority of the rather substantial costs associated with transitioning the technology into a mass-manufacturable product. Sony delivered the first batch of phase-one development chips for testing to Audio Pixels in Israel on 17 June 2011.

The Joint Development Agreement with Sony anticipates that once the Development Phase and testing has been completed that the parties will enter into a formal Commercial License Agreement.

Audio Pixels and Sony are well down the track of the agreed development plan to achieve mass-production capabilities, after which Sony intends to transition to becoming a mass-manufacturing partner primarily focused on supplying product for the myriad of diverse consumer products that Sony already produces and sells globally and a supplier of speaker products for use throughout the myriad of diverse consumer electronics products produced and sold worldwide.

Audio Pixels Holdings Limited is company listed on the Australian Stock Exchange with the code AKP and has its ADR's listed on the OTC market in the USA with code ADPXY. Audio Pixels Holdings Limited owns 100% of Audio Pixels Limited, an unlisted Israeli corporation and was founded in July 2006 and has developed a revolutionary technological platform for reproducing sound, thus enabling the production of an entirely new generation of speakers that will exceed the performance specifications and design demands of the world's top consumer electronics manufacturers.

Audio Pixels patented technologies employ entirely new techniques to generate sound waves directly from a digital audio stream using low cost micro-electromechanical structures (MEMS) rather than conventional loudspeaker elements. This innovation enables the production of speaker products that deliver performance that is many orders of magnitude better than conventional speaker technologies, all in an affordable package that is only one millimetre thick.

Market research overwhelmingly suggests that both manufacturers and consumers alike are starving for real innovation in audio speakers, in particular for good quality sound in a form factor that is far more compliant with current device and lifestyle trends. While the industry at large has been able to digitize and shrink all other device electronics, the last remaining barrier is the speaker, which remains large, heavy, bulky and extremely restrictive.

Upon achieving mass production capabilities Audio Pixels plans to sell and/or license its products to the manufacturers of speakers and consumer electronic devices worldwide, which collectively consume billions of speaker units annually. Audio Pixels will produce and sell a single type of silicon chip that can be used either as a standalone speaker or cascaded in any multiples of the same chip in order to achieve the desired performance specifications. This modular paradigm is entirely unique to the audio industry, which today expends significant resources designing and specifying new drivers, acoustic chambers and drive electronics for each new device. Audio Pixels innovative approach not only facilitates maximum flexibility to its customers, it further enables the customer to calibrate on the design and production of a singular product model, maximizing economies of scale, while limiting overhead associated with multiple versions of products.

Audio Pixels Holdings Limited (ASX:AKP) was founded in July 2006 has developed a revolutionary technological platform for reproducing sound, thus enabling the production of an entirely new generation of speakers that will exceed the performance specifications and design demands of the world’s top consumer electronics manufacturers. 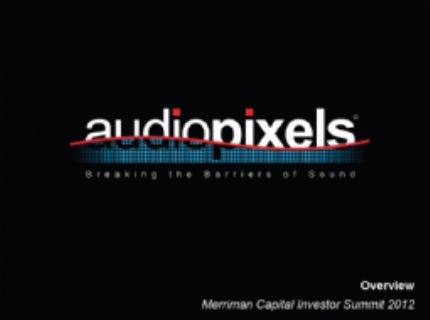