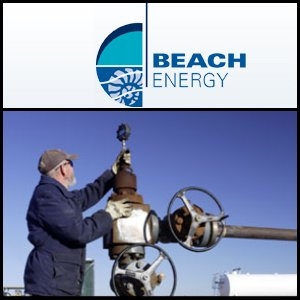 PINK:BEPTF) has generated a further profit of A$3.3 million to June 2011, (after brokerage) from the sale of its entire shareholding in Ramelius Resources Limited (

ASX:RMS). This profit is in addition to a A$13.6 million profit realised from the mark to market of the investment for the six months to December 2010.

The Ramelius shareholding originated from Beach acquiring gold assets in 1993 as a result of a judgement in favour of Beach from court action aimed at recovering damages from fraudulent activities. In 2003, the decision was made to float and raise capital for certain of these gold assets, thus creating Ramelius. As a result of the float and capital raising, Beach held 22.7% of the company and has progressively sold down its interest over time due to it being a non-core asset.

Approximately 20 million Ramelius shares have been divested in recent weeks, the largest parcel being just over 14 million shares on the 22 June 2011, resulting in Beach no longer owning any shares in the company. The sale generated A$25 million in cash (net of brokerage) which has further strengthened the company's financial position and will be used to help fund new significant production, development and exploration programs, both in Australia and overseas.

Beach is delighted to have realised value from its sponsoring of Ramelius and to have supported its growth in becoming a high grade, low cost gold producer. Beach and its Board believe Ramelius has now created a position of importance in the Australian gold industry and has a great future. However, the Board also realised that now is an appropriate and opportune time to sell out of this non-core asset and continue the focus on Beach's oil and gas opportunities.